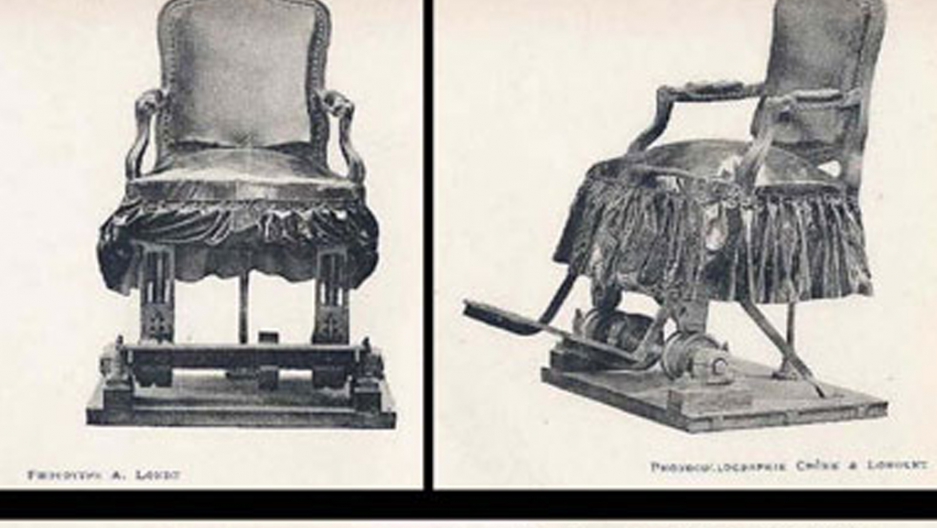 The vibration chair used by neurologist Charcot to treat the symptoms of Parkinson's disease sufferers in the 19th century.
Credit: movementdisorders.org
Share

Nineteenth century French neurologist, Jean-Martin Charcot used a "vibration chair," which he invented to treat the symptoms of his patients with Parkinson's disease.

The unorthodox treatment was largely forgotten by medical doctors until now.

Although Charcot died before he could do comprehensive studies using his device, researchers at Rush University in the United States have resurrected the therapy and tested its effectiveness, said IANS.

According to Medical News Today, researchers said that vibration therapy does significantly improve the symptoms of the disease.

However, the effect was noted in both the treatment group and control group, which suggests that a placebo effect might be taking place.

"We attempted to mimic Charcot's protocol with modern equipment in order to confirm or refute an historical observation," said lead researcher Christopher G. Goetz, according to Medical News Today.

"Both the treated group and the control group improved similarly, suggesting other factors had an effect on Parkinson's disease motor function."

Parkinson's is a neurodegenerative brain disorder that progresses slowly with symptoms that include tremors and difficulty walking and coordinating movements that worsen over time.

The disease was first described by James Parkinson in 1817.

Read more on GlobalPost: Meditation can speed up the brain, researchers say