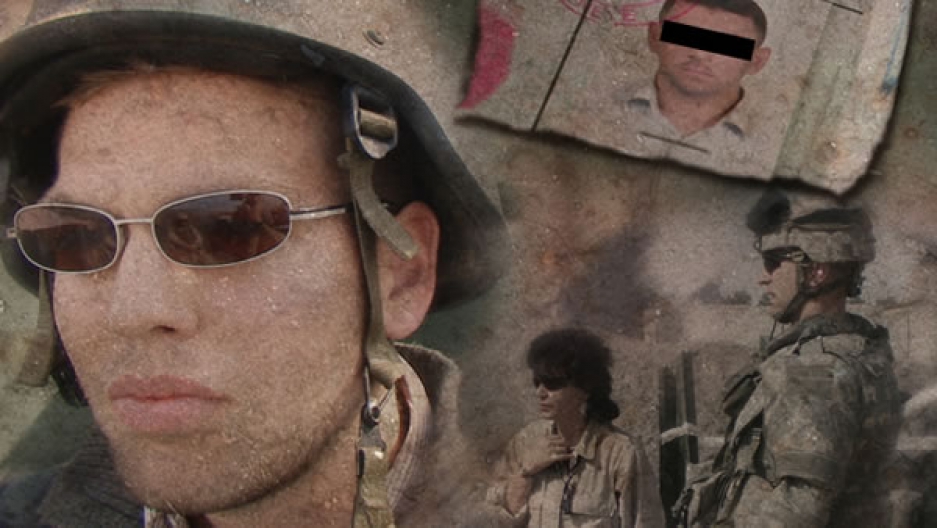 NEW YORK – The list of Iraqi men and women who worked alongside Americans as translators and advisors during the U.S.-led war in Iraq is long, and goes well into the tens of thousands.

Now that the U.S. troops have pulled out of Iraq, these people and their families face death threats from Al Qaeda-affiliated groups and Iraqi insurgents who see them as collaborators with the enemy.

The U.S. government doesn’t know the exact number of Iraqis on this list because it has not bothered to keep track or to come up with any list of their own to help those who literally risked their lives to support the U.S. mission.

But Kirk Johnson keeps his own list of some 3,000 such cases, and he has worked feverishly for four years with a small army of scores of pro bono lawyers to highlight the plight of these Iraqi men and women and to try to win them asylum in the U.S.

And Johnson’s un-daunting effort is documented by award-winning filmmaker Beth Murphy in her new film, "The List," which had its world premiere this weekend to favorable reviews at New York’s Tribeca Film Festival.

Variety’s Ronnie Scheib described the power of the film and encouraged a theatrical release, writing, “Though the pic traces Oskar Schindler-esque heroic actions by a lone American in a fight for justice, its effectiveness stems equally from the autonomy it grants its Iraqi protagonists. Strong docu should hit theaters prior to smallscreen play.”

Beth Murphy, who produced and directed the film, worked on the project throughout the four years of Johnson’s effort. And three short video segments of "The List" were first published as a Special Report for GlobalPost in August, 2011 through a collaboration with the Woods Hole Film Festival and in part by a grant from the The Cape Cod Economic Development Council. Beth asked me to serve as Executive Producer on the film. I say that for reasons of transparency and because it is an honor, but I hasten to add that this powerful documentary is all her hard work and all her energy, and is now starting to bring light to this important issue.

Kirk Johnson’s journey through Iraq began when he came to Baghdad in 2004 to join USAID in the American reconstruction effort out of a sense of public service and because he felt his fluency in Arabic and knowledge of Arab culture would help the effort. That is, even if he did not agree with the premise of the war. As he worked amid the danger and sense of futility in Baghdad and Fallujah throughout 2005, he grew disillusioned and depressed with the American role and his own efforts there.

When Johnson heard in December, 2006 that Iraqi friends and colleagues were being threatened for serving alongside Americans, he decided to take action and in 2007 began The List Project to Resettle Iraqi Allies.

The organization’s website states that it has so far helped 1,500 U.S.-affiliated Iraqis to resettle safely in the U.S. There are more than 3,000 Iraqis on the list who have active legal cases underway with some 250 pro bono lawyers from eight top firms. Johnson estimated before congress that by conservative estimates there were more than 40,000 U.S.-affiliated Iraqis whose lives hang in the balance. As the film documents, Johnson continues to push their cases through a wall of indifference on the part of the U.S. government and congress, where numerous hearings on the matter have been held, but where relatively little has actually been done.

Murphy says, “As people learn about his work, people seem to immediately get that we have a moral responsibility to do something. But they sometimes feel that Kirk is on it, so they don’t have to worry or get involved.”

“But the reality is until the American public really get outraged, this problem will continue and these lives will be at risk and we will have failed in our moral responsibility,” she added.

Murphy says the release of the film will coincide with the following four-pronged outreach:
An educational effort in American schools with a curriculum spearheaded by Columbia University Teachers’ College.
An invitation to more legal professionals to get involved in the effort on a pro bono basis.
A national program with Iraq and Afghanistan Veterans of America to use the film to highlight the impact of post traumatic stress.
A legislative push to, as Murphy puts it, “make sure the moral obligation to these people stays in the minds” of Washington decision makers, particularly as a similar crisis is now brewing in Afghanistan.

One of the U.S.-affiliated Iraqis whose story is told in the film is Anna. She worked with the U.S. military and various Washington delegations as a translator on the highest levels. She and her teenage daughter and their extended family were being threatened and feared for their lives and after many long months of paperwork, official denials and finally success, she was granted asylum in the U.S.

She attended the premiere in New York and with her arm around her daughter at a reception after the film, she said, “I feel so lucky that we are here, and alive. But I worry every day about so many other Iraqis who were not so lucky. I worked with Americans and I know how good they are and I just can’t believe that if more Americans knew about this that they would not want to help.”

“I believe that,” she said.

Check out Principal Pictures online for information on upcoming screenings of "The List" in New York, Toronto, Boston and Chicago

The List (2-minute trailer) from Principle Pictures on Vimeo.