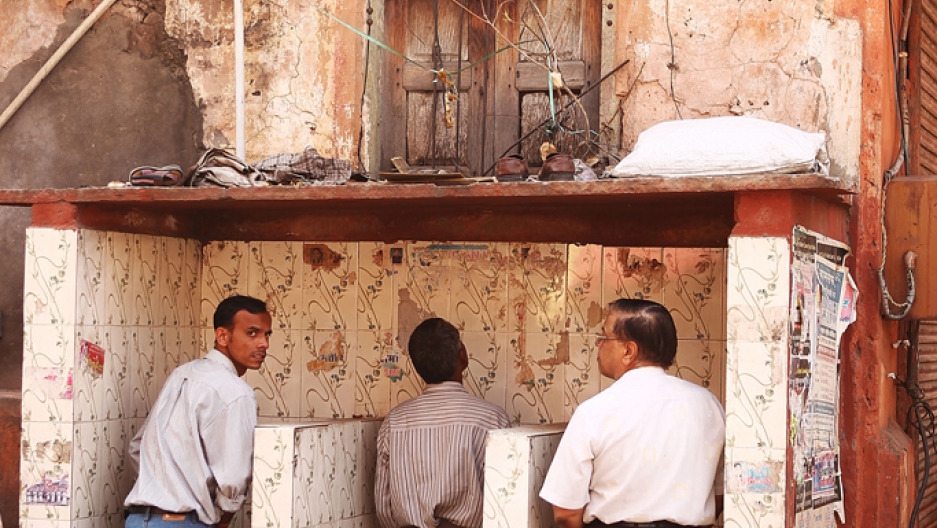 Men use a public urinal at the local markets in Jaipur, India.
Credit: Robert Cianflone
Share

Currently, women have to pay to use public toilets, while men do not, according to the BBC. There is also an extreme shortage of restrooms across the country.

According to a 2009 study by the Center for Civil Society, India's capital of Mumbai has only 132 public toilets for women, many of which barely function, compared with 1,534 for men, the New York Times reported. Many women without access to bathrooms resort to using what they call the "flying toilet" — they defecate in a bag and then dispose of it, the Times reported.

The "Right to Pee" campaign is being run by 35 non-governmental organizations, who plan to collect as many signatures as possible over the issue and then present their case to Mumbai's civic authority, 50 percent of which is made up of women, according to Daily News and Analysis (DNA) India.

The NGOs launched the same campaign last year, but the civic authority did not respond, according to BBC.

More from GlobalPost: Access to clean water is not enough

“Though the civic body rules state that no one should be charged for using public toilets, women are asked to pay,” Rahul Gaekwad, the head of the Committee of Resources Organization, told DNA India. “Officials assured us last year that the rule will soon be implemented effectively. However, nothing has happened so far.”

Gaekward, the leader of one of the 35 NGOs involved the campaign, told the BBC that they have three basic requirements: that women be allowed to pee for free; that public restrooms provide sanitary towels for women like they provide condoms for men; and that there be changing rooms in the toilets.

“There is a need for a social revolution to remove this blot from the society,” Ramesh said in a government statement.

This is not the first restroom-related human rights campaign in India: In 2007, the Haryana state government started its “No Toilet, No Bride” campaign, which encouraged women to refuse arranged marriages if the groom and his family did not have a toilet installed, according to the Times of India.