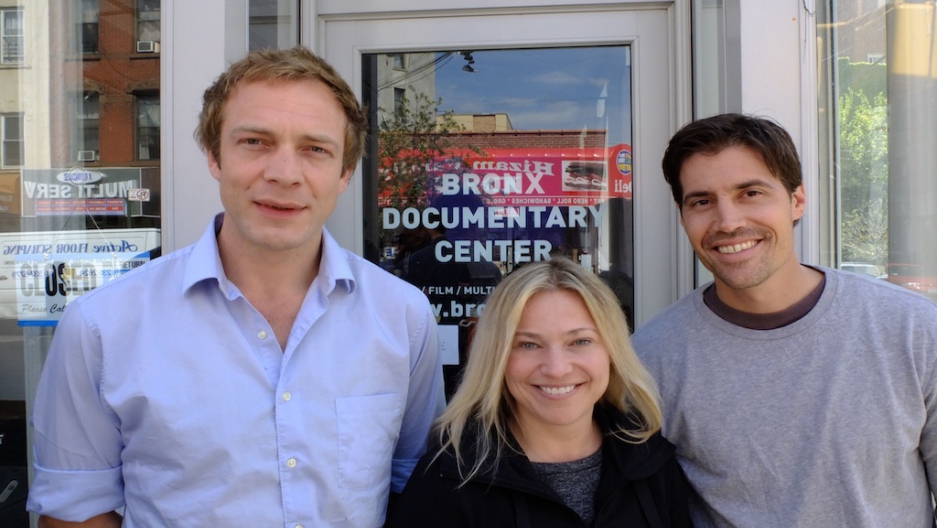 NEW YORK — It was one year ago today that we received the devastating news that two photojournalists, Tim Hetherington and Chris Hondros, were killed by a mortar attack while covering the conflict in Libya.

Their deaths – and the subsequent deaths of New York Times correspondent Anthony Shadid and The Sunday Times’ Marie Colvin in Syria, as well as South African photographer Anton Hammerl in Libya and too many others – served to underscore the dangers that journalists face every day covering the Arab Spring and conflicts around the world.

This extraordinary year of loss for the foreign correspondent corps served as a dramatic reminder of the need for journalists to be as prepared as possible to report in hostile environments, and particularly to have adequate training in first aid which can save their lives and the lives of colleagues.

To mark the anniversary of the deaths of Hetherington and Hondros, top journalists who cover conflict around the world gathered for the launch of an intensive first aid training session for freelance journalists called RISC — Reporters Instructed in Saving Colleagues.

RISC is founded by journalist, author and filmmaker Sebastian Junger who worked closely with Hetherington in Afghanistan in the making of the Oscar-nominated film, "Restrepo."

To honor his friend, Junger has taken on the task of trying to ensure the that journalists, particularly freelancers, who work in the field covering conflict have the training they need to operate safely, or at least more safely. In investigating Hetherington’s death, Junger discovered that his friend could possibly have survived his injuries with a minimum of quick first aid to staunch an arterial wound. Hetherington bled to death just a few minutes from the hospital.

As he grieved for his friend, Junger announced that he would give up working in combat areas after reporting in some of the world’s most dangerous places for most of the last 20 years. And he set out on this mission to equip journalists with a basic knowledge of first aid and lifesaving techniques, as well as combat medical kits to be carried at all times in war zones. His hope is that over time, this medical knowledge and the pre-packed first aid provisions will become standard for journalists covering foreign conflicts. In time, Junger, hopes these preparations will replace the sometimes fatalistic “whatever happens, happens” attitude of many war correspondents.

And so, with support from many of the news organizations that published the work of Heatherington and Hondros, Junger, a member of GlobalPost’s Board of Editorial Advisors, launched RISC and this week held its first session at the Bronx Documentary Center. Among the 24 journalists who took part were three correspondents who have worked with GlobalPost. They include: Beth Murphy, who produced the video series The List for GlobalPost which this week premieres as a documentary at the TriBeCa Film Festival; James Foley, who has served as GlobalPost’s correspondent in Syria and Libya where he was detained for 45 days last year before being released; and cameraman Tim Grucza, who worked with GloalPost and PBS FRONTLINE in covering the revolution in Egypt last year.

Beth Murphy wrote this guest blog post for GroundTruth about the experience.

Care Under Fire, by Beth Murphy

NEW YORK -- In a vast, well-lit gallery at the Bronx Documentary Center (BDC) in New York, photographs of scenes from the war in Iraq line the walls. They capture violence, suffering, and hardship. Though some of the images are disturbing to look at, they are a testament to the determined, unflinching journalists who captured them on film. Photo, video, radio and print news of conflicts around the world are captured every day by journalists who put getting their story above all else—even, at times, their own safety.

This week, when I arrived with a group of combat journalists at the BDC, a table in the gallery was arranged as a tribute to two photojournalists who died while covering the conflict in Libya. Tim Hetherington and Chris Hondros were killed by a mortar attack exactly one year ago today. They were both young and strong, widely respected professionals in their fields: Hondros was a Pulitzer-prize nominated photojournalist; Hetherington an Oscar-nominated filmmaker and photographer.

At the time of their deaths, the White House press office released a statement saying, in part, “Journalists across the globe risk their lives each day to keep us informed, demand accountability from world leaders, and give a voice to those who would not otherwise be heard.” The fates of Hetherington and Hondros served as a reminder of the need to protect journalists as they cover conflicts across the globe.

Unfortunately, protecting a combat journalist is easier said than done. The nature of the job is risky, and freelancers (or independents like me) often work without a net, so to speak—alone or in small groups, unarmed, and mired in foreign language, culture, climate, topography, laws and customs.

As a documentary filmmaker, I’ve experienced this firsthand—in Kosovo, where I worked with Chris Hondros in 1999; in Afghanistan; in Iraq, and in Syria. I’ve never been harmed, but I’ve been threatened, warned, followed, and searched at gunpoint, as have many of my colleagues.

My classmates and I—5 women and 19 men in all—have come from as far as Hong Kong and Egypt and as close as Boston and New York. The RISC training is offered without charge; the journalist just has to get here and be on the list. We are spending our three days together learning from an incredible team of battlefield medicine experts, including the remarkable Sawyer Alberi, a Coast Guard Academy grad/Flight Medic/Combat Medic/and Combat Medical Trainer for the Department of State. Her credentials are beyond reproach, and her demonstrations of how to provide care under fire left me with a new and profound respect for the work medics do.

In our three days of training, we have brought the mayhem of medical dummies, simulated injuries, fake blood, and journalists sprawled around the room to the BDC. We are learning how to identify and treat three conditions that are leading causes of preventable deaths on a battlefield: hemorrhaging, airway blockage, and tension pneumothorax—a life-threatening condition associated with chest trauma. I can now do both a rudimentary airway assessment and a “blood sweep” to quickly identify if a colleague is losing a lot of blood. The kits we will carry into trouble areas with us from now on contain the basic tools to deal with each emergency—including the best tourniquets on the market to stop the kind of hemorrhaging that killed Hetherington.

As I try to absorb everything the instructors want to teach us during these three days, I keep replaying the list of all the dangerous, war-torn places I’ve been in pursuit of an interview, a bit of footage, or a story I believed needed to be told. I realize I’ve been both naïve and irresponsible to go into the field unprepared (and to enlist a camera crew to come with me).

As Sebastian Junger explained at the beginning of the first day of our class, “I barely know how to put on a band aid, and most of the press corps that I know barely knows how to put on a band aid either.” As we travel far from the security of our own doctors and emergency rooms, and often out of range of quick medical attention, we have a responsibility to be able to take care of ourselves, and of each other.