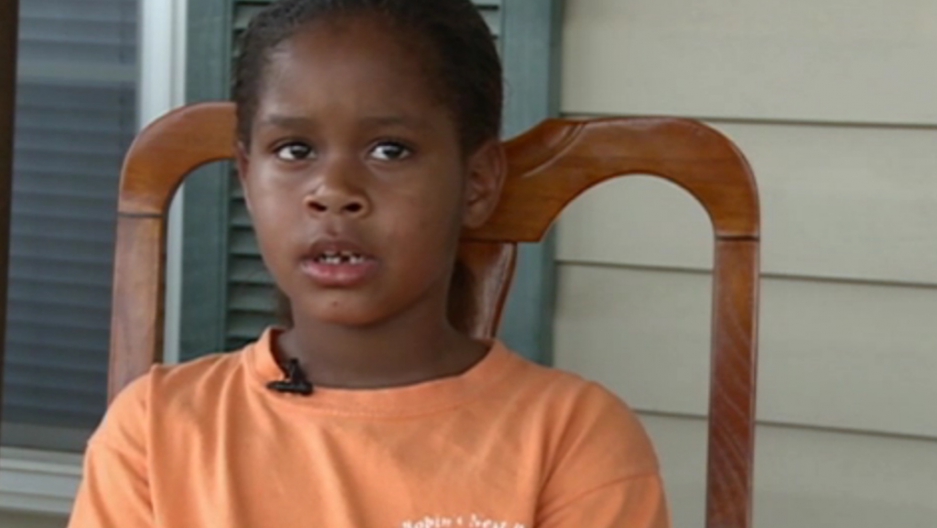 Salecia Johnson, a 6-year-old elementary student at Creekside Elementary school, was arrested and handcuffed by Georgia police on April 13, 2012, after she threw a tantrum.
Share

Georgia police defended their decision on Tuesday to handcuff and arrest Salecia Johnson, a 6-year-old elementary student, after the school called them about a juvenile assaulting a principal, according to CNN.

The police said Creekside Elementary school called them on Friday to report a child throwing a tantrum.

According to the police report, Johnson was found by the officers on the floor of the principal's office screaming and crying. There was noticeable damage to school property and while the officer tried to calm her down she "pulled away and began actively resisting and fighting with me," according to CNN.

Police Chief Dray Swicord said, "The child was then placed in handcuffs for her safety and the officer proceeded to bring her down to the police station."

According to the Associated Press, Johnson was handcuffed with her arms behind her back.

Johnson's aunt, Candace Ruff, told the AP, "She said they were really tight. She said they really hurt her wrists." She added, "She was so shaken up when we went there to pick her up."

Ruff said, "We would not like to see this happen to another child, because it's horrifying. It's devastating."

The police report said the principal was struck in the leg by a shelf thrown by Johnson. She also jumped on a paper shredder and tried to break a glass frame. During her tantrum, she also reportedly tore things off the walls and threw books and toys, according to the AP.

A juvenile complaint was filed against Johnson, with charges of simple battery and damage to property.

More on GlobalPost: Meet the people behind Turkey's 'miracle'

Here is a video report from Opposing Views, with Johnson and her parents talking about the incident: