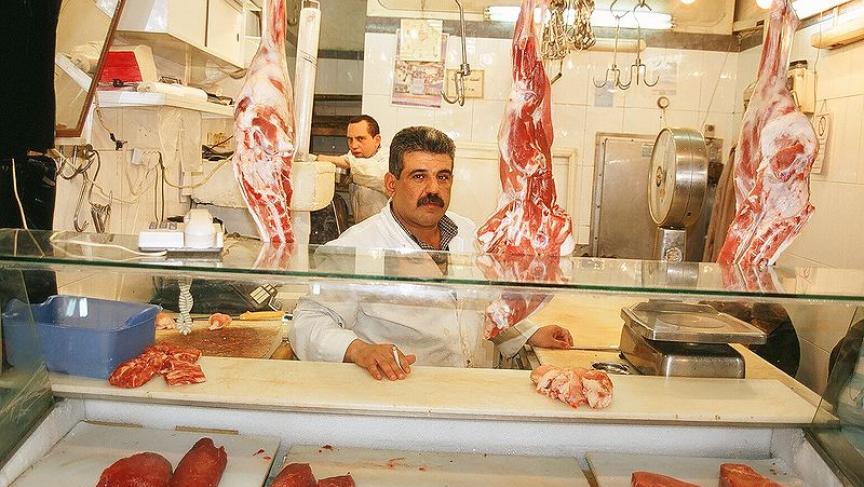 Halal butchers in Germany, similar to this one in Jerusalem, are having trouble practicing the form of animal slaughter proscribed by the Islamic religion, despite a court ruling in their favor. (Photo by Daniel Maleck Lewy via Wikimedia Commons.)

Animal rights are a big issue in Germany.

The country is currently the fifth-largest producer of meat in the world and the third largest butcher of pigs, more than 55 million a year.

How Germans slaughter the animals they eat is strictly regulated, more even than in most other EU countries. But there is controversy around slaughter methods.

The Nazis vilified the Jewish method of slaughtering animals. Muslims today also face resistance to their method of animal slaughtering. The two methods are very similar.

Both forbid animals being stunned or knocked unconscious before their throats are slit; both use the same sort of knife.

Reuven Yaacobov is a rabbi in Berlin and a shochet, someone trained to slaughter animals according to Jewish law.

“The knife does not have a point,” he said. “Its shape is rectangular so it cannot be used to stab only to cut. And it must be as sharp as a razorblade.”

Yaacobov said the kosher and halal ways of slaughter are more humane and respectful to animals than the industrial methods common in Germany. Yacacobov said the standard German methods don't acknowledge the sacrifice an animal makes with its life.

Historically, though, Germans made the same arguments about Jewish butchering, calling it cruel and bloodthirsty.

Kosher butchers were put out of business over night.

Today Germany has a small but vibrant Jewish community and kosher slaughtering is allowed. But Germany has a huge Muslim population now, mostly from Turkey, and Germans are less tolerant of their butchering practices.

Its federal administrative court, one of the highest courts in the land, decided in 1995 that Muslims had to stun animals before killing them while Jews didn’t.

Since 1988 he has lived in the center of a medieval village called Werdorf, in the state of Hessen where most of the 3,100 inhabitants are German. Downstairs is a butcher shop and a little slaughterhouse. He and his family live above.

For seven years Altinküpe’s butchery went well and he invested in the latest technology. But then in 1995 came the ban. He saw it as an attack on a basic right

“The Jews can practice the same form of animal slaughter as Muslims but I, as a Muslim cannot,” Altinküpe said.

Altinküpe found a lawyer, Rainer Nickel, who agreed this was an injustice. Nickel specializes in litigation related to the German constitution.

Nickel represented Altinküpe all the way to Germany’s Federal Constitutional Court, the highest court of the land. In 2002 it ruled in Altinküpe's favor, saying his fundamental rights had been violated, Nickel said.

The case was sent back to the administrative courts.

“On the one hand we won everything, but on the other hand we won the battle but we lost the war,” Nickel said.

Nickel and Altinküpe have been trapped in German bureaucracy ever since.

“It’s very complex and very complicated. I can’t even count the times we have been to court,” Nickel said.

They’ve been in federal and state courts, courts of appeal and the constitutional court — twice. And they’ve won every time. But the problem is courts don’t issue licenses. That job goes to a district administrator named Reinhard Strack-Schmalor.

“We have an extra filing cabinet just for Altinküpe,” Strack-Schmalor said. “For me personally the case is a huge burden and I get pressure from animal rights activists, and I can tell you right here I am also egged on by the extreme right.”

That’s to say Neo-Nazis, whose traditional hatred of Jews is mostly directed against Muslims these days. A couple of years ago Altinküpe’s house was set on fire. Strack-Schmalor certainly didn’t approve, and he insists he has nothing against Muslims.

But despite the rulings of so many of Germany’s courts he still thinks Muslims should not be allowed to slaughter without stunning because in Islam there are ways around it.

Needless to say, Altinküpe doesn’t think Strack-Schmalor knows what he’s talking about. You don’t have to go to a Muslim country, he said. In the United States, France, the United Kingdom, Muslims butchers are all licensed to slaughter without stunning.

But what really galls Altinküpe is that a local German bureaucrat can impose his interpretation of Islam on him. Even after Germany’s highest court overturned the ban on halal slaughter, Strack-Schmalor found all sorts of technicalities to delay or hinder giving Altinküpe a license.

“So we were again in the situation where we would have to go to court and challenge all these conditions individually.” Nickel said.

Last year Altinküpe got a license, but only to slaughter 30 sheep and 2 cows a week. This year Strack-Schmalor said he was reviewing the license, and the slaughterhouse has remained idle.

Still Altinküpe is hopeful that in modern day Germany justice will ultimately prevail.

By and large, Jews in Germany haven't come to the support of the local Muslim community, despite the similarities in their slaughter methods. Some say it’s not their business and worry they could also lose their right to kosher slaughter.