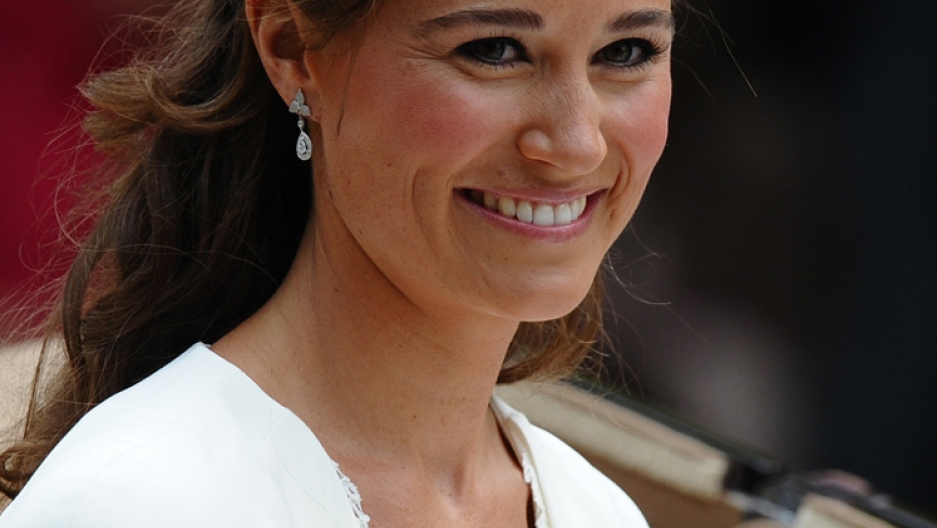 Maid of honour Philippa "Pippa" Middleton smiles as she travels in a Semi-State Landau in London after the wedding service for Britain's Prince William and Kate, Duchess of Cambridge, on April 29, 2011. Pippa may be charged for her involvement in a gun-wielding incident in Paris.
Credit: Paul Ellis
Share

Pippa Middleton, the sister of Duchess of Cambridge Kate Middleton, is caught in the midst of a gun-brandishing incident that could carry a maximum sentence of seven years in prison, the Sun reported.

Pippa, 28, was in the front seat of an Audi convertible in Paris with three male friends when the driver pulled out a pistol and jokingly aimed it at a paparazzi photographer who was following them, according to the Sun.

The French photographer's image shows Middleton looking back at him and grinning as her friend reaches down and aims what appears to be the gun, ABC News reported.

Pippa was apparently taken in for questioning by Parisian police, and the incident "sent shock waves through Buckingham Palace," who refused to comment on the incident because Pippa is a private citizen, the Daily Beast reported.

"It was not a real gun. It was just a stupid joke," a spokesman for Pippa's friend Arthur de Soultrait, one of the people in the car, said Monday, USA Today reported.

Middleton was in Paris to attend a costume birthday party at Chez Raspoutine as a guest of Soultrait, whose fashion label Vicomte A makes silk ties, according to USA Today.

If the gun was real, all those involved in the incident could face up to seven years in prison for brandishing a weapon in public, the Daily Mail reported. Even as a fake, Middleton and her friends could be sentenced to two years.

In the wake of the recent string of killings that have swept through France, the incident does not seem like one that will be taken lightly. The Paris Judicial Police department is "poised" to launch a probe, a source told the Sun.

"Pippa has been photographed; she's been coached on how to behave," Duncan Larcombe, the Sun's royal editor, told ABC News. "If she's photographed by an unwanted freelance photographer, she smiles, she keeps her head up and she lets the lawyers doing the arguing behind the scenes. She knows much better than this."