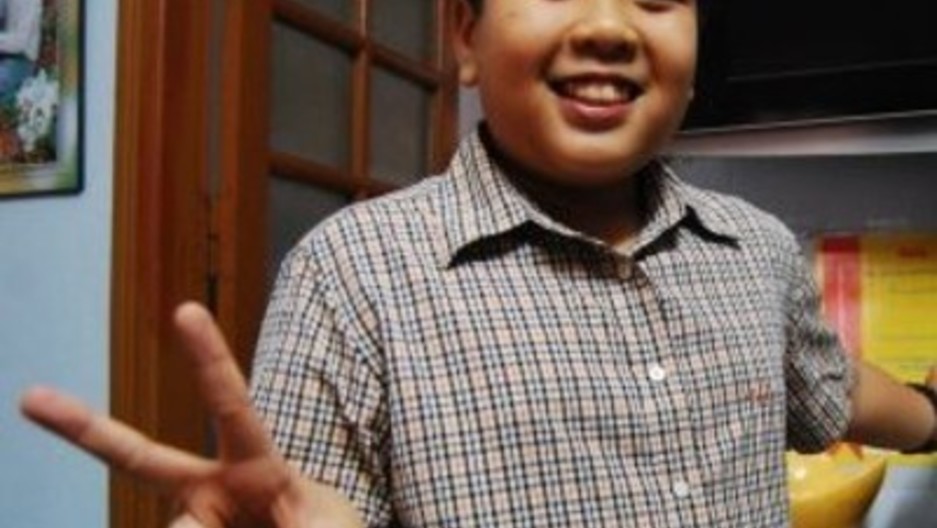 Do Nhat Nam, 10, is famous in Vietnam for his command on English at such a young age. (Photo by Jennifer Pak.)

So history might be a good indicator of which foreign languages the Vietnamese would be more inclined to learn. French? Russian? Mandarin? English?

The Vietnamese have gone to war many times in the past few decades. With France, the United States, Cambodia, China. And themselves.

China is considered by many Vietnamese to be a permanent threat. Very few students learn Mandarin at school.

But Vietnam’s war with the United States was longer and bloodier than its short war with China in 1979. In the years after the Vietnam War, the government in Hanoi viewed the U.S. as its enemy.

But no more. Now wherever you turn in Vietnam, people are learning English. At least that’s what Jennifer Pak discovered in her reporting there for the BBC.

For Do Nhat Nam, it was “love at first sight.” Do, who is all of 10 years old, is locally famous for his mastery of English. He translated a book at the age of seven.

Nam fell in love with the language after seeing a video of Steve Jobs talking about computers on YouTube.

Other Vietnamese are drawn to English for the freedom it offers. Bloggers and song lyricists can get certain words and ideas past the official censors more easily in English.

For all of that, economist Le Dang Doanh thinks the Vietnamese are missing a trick in not learning Chinese as well as English. China is right next door, after all. And even if you’re not learning Chinese to increase trade, why not learn the language of your enemy, so you know what he’s thinking?

Most young Vietnamese, though, are wowed by the culture of the English-speaking world. So much so that some older Vietnamese worry about how it’s affecting society. Vietnamese culture frowns on confessional language. People don’t talk about their feelings. But watch “Oprah” or read “The Catcher in the Rye,” and people talking about their feelings is all you get. Steeped in English language culture, Vietnamese youth are far more prone to this and other taboo subjects.

Well-known Vietnamese singer My Linh, herself a fluent English speaker, is raising her children to speak good English. Her kids communicate on Facebook mainly in English. But she has a family rule: at home, everyone must speak Vietnamese.

But in Vietnam English is king.