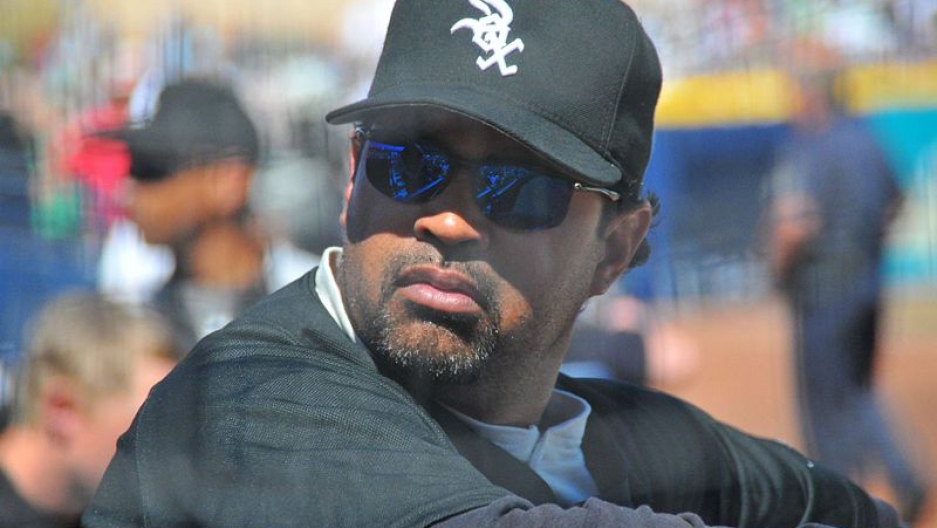 Ozzie Guillen, pictured when he was manager of the Chicago White Sox, is the new manager of the Miami Marlins. And he's already in hot water. (Photo by ISU_79 via Wikimedia Commons, cc-by-sa.)

The baseball season is just warming up, but Miami Marlins Manager Ozzie Guillen has wasted no time getting himself into hot water.

Just five games into his career with the team, Guillen started a political row when he told Time magazine he loves and respects Cuba’s military dictator for staying in power as long as he has. Miami's large Cuban community was up in arms and called for the manager’s ouster.

The Marlins haven't ousted him — at least not permanently. Guillen was handed a five-game suspension and ordered to apologize, which he's done.

"I thought next time I'm going to see this room with this many people, it's going to be with a World Series trophy next to me," Guillen said to a packed press conference. "Unfortunately, it's not. And, like I say, I apologize to the people here, to the people outside who are looking at me. I'm very, very, very sorry.

But if Guillen had any doubts that Miami would be different from Chicago, he should have no question now. Some in Miami's vocal and powerful Cuban community say Guillen should be fired.

Phil Latzman, reporter for WLRN and The Miami Herald, said most of the ire in South Florida has been directed at Guillen's "I love Fidel Castro comment" — though Guillen insists the remarks have been misinterpreted.

"But many of the people here in the Cuban exile community say there's no way you can misinterpret that. And he was back on his heels yesterday trying to defend himself," Latzman said.

While Guillen is, at least in part, blaming the language barrier for his comments, he's not known for being diplomatic. In fact, he's known for his quick temper and sharp tongue, which has gotten him in trouble in the past.

"Discretion is not one of his qualities. And he's made comments about Hugo Chavez in much the same way that he talked about Fidel Castro," Latzman said. "You've got to wonder about the Miami Marlins judgment when it comes to hiring a guy who's a bit of a loose cannon. You get what you pay for. He's always been quotable. Media people love him. He's easy to talk to."

But the Marlins are hoping, Latzman said, that Guillen realizes that politics and baseball don't mix — especially in South Florida.

Laura Vianello, a national delegate for Vigilia Mambisa, an organization dedicated to advancing the cause of Cuban democracy, said Guillen is a discredit to the Marlins organization.

"The Marlins deserve better. He sounds so ridiculous. He made the Marlins look ridiculous," she said. "We believe had he said something about Adolf Hitler, (he) would have been removed from his position immediately. That's what we want to do. We want him removed."

"It's an embarrassment," she said.

Baseball is in Cubans' blood, Vianello said, which is part of what made the comments so incendiary for the Cuban community.

Latzman said it will take a long time for the Cuban expatriates in Miami to forgive Guillen for his remarks.