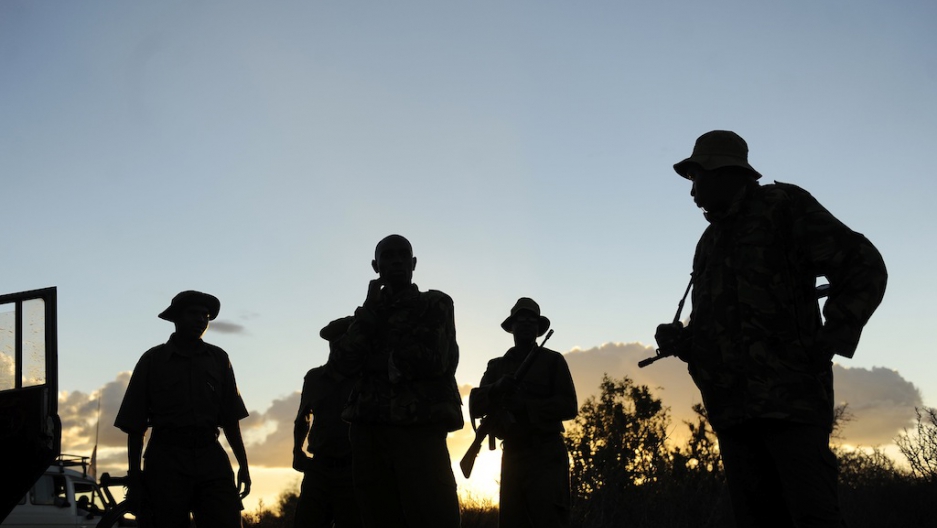 Masked security forces abducted an orthopedic surgeon from his operating room and tortured him while in detention in Bahrain.

Loyalist Gaddafi soldiers held an anesthesiologist in a shipping container for 16 days in Libya, where he witnessed soldiers execute five of his fellow captives as others died from suffocation.

An Egyptian military sniper shot and killed a young medic in Cairo as he tried to reach wounded demonstrators.

Why are governments across the region literally aiming their weapons at doctors in the aftermath of the Arab Spring? Why in such varied conflicts, why in such disparate countries, are attacks on this profession so distressingly similar?

As investigators for Physicians for Human Rights, medical colleagues and I interviewed eyewitnesses and investigated targeted attacks this past year against health workers, medical facilities and ambulances in Bahrain, Libya, Egypt and Syria. These attacks constitute violations of medical neutrality, which safeguards:

• Protection of medical personnel, patients, facilities and transport from attack or interference
• Unhindered access to medical care
• Nondiscriminatory treatment of the sick and wounded

These principles are codified in the Geneva Conventions and international human rights treaties and are also enshrined in guidelines on medical ethics promulgated by the World Medical Association.

Recently I briefed the US Congress on eight proximate causes — which I describe below — for the recent rise in such abuses across the Arab world.

First, security forces in this region have license to commit violations of medical neutrality in a climate of utter impunity. Armed forces, whether military or police, are not held to account for their abuses. No government in the aftermath of the Arab Spring has yet to bring charges against any law enforcement official for killing or torturing a physician.

Further, because medical workers routinely treat patients whom government forces tear-gas, beat, and torture, they glean first-hand incriminating evidence of government abuses. Because doctors can discern causes of injury and death, state authorities target these neutral caregivers to silence them. It’s the mafia equivalent of whacking a critical eyewitness.

Short of killing or disappearing health workers, state authorities in the Middle East and North Africa attack some doctors and nurses as retribution —punishment for treating the opposition. State authorities also violate medical neutrality because of a perceived sense of partisanship among doctors. When doctors treat the wounded, they are often viewed as helping the enemy. In return, soldiers target medical facilities and ambulances bearing the emblematic Red Crescent and kill medical personnel who care for the sick and wounded.

Many physicians I interviewed believe that the shelling of hospitals and setting ablaze of ambulances sends an unambiguous message to doctors treating the sick and wounded: Stop healing those who oppose the government. This strong disincentive, though, has failed to dissuade many courageous physicians who adhere to their ethical codes and continue to save lives. Both during civil war and civil unrest state authorities violate medical neutrality as a means to discourage medical personnel from providing life-saving succor.

Perceived political activism among health workers has been the frequent justification for repressive government action. Four dozen health professionals in Bahrain, for example, currently face up to 15 years’ imprisonment for treating wounded protesters during the tiny Gulf Kingdom’s uprising last year. One trumped-up charge against them is that they led protests at Salmaniya Hospital. Apparently, in the House of Al Khalifa, advocating for your patients’ right to health is tantamount to treason.

But medical personnel do not lose their rights to freedom of speech and association when they take the Hippocratic Oath. In fact, doctors are obliged to do all they can to ensure the highest standard of care for their patients — even if that means speaking out against their government.

Related: Inside Gaddafi's Libya: The Return

Discrimination based on religious identity can also explain why state security forces commit serious breaches of medical neutrality. In Bahrain, for example, roughly two-thirds of the kingdom’s population is Shi’a Muslim (including the vast majority of Bahraini physicians), and one-third is Sunni Muslim (including the ruling Al Khalifa dynasty and its security forces.) Bahrain has a long history of persecuting its Shi’a majority. Pitting Sunni soldiers against Shi’a doctors has only exacerbated sectarian tensions.

Of course error is a possible cause for violations of medical neutrality, especially in the two civil wars in Libya and Syria, but this type of collateral damage does not figure as prominently as do the other proximate causes.

When governments attack their doctors, it has a chilling effect on the whole society. The sick and wounded are afraid to seek care — even for life-threatening illnesses. For every doctor a government kills or disappears, hundreds of patients go without treatment. This multiplier effect impacts society for years, and has prompted US policymakers to take a stand.

To address the issue of medical neutrality globally and thwart future attacks on doctors by rogue governments, Rep. Jim McDermott (D-WA) and Rep. Walter Jones (R-NC) recently introduced the Medical Neutrality Protection Act of 2011 (H.R. 2643). This bill makes the protection of medical personnel a global policy priority for the US government and establishes accountability for violations of medical neutrality. Such a law would require the Secretary of State to compile a list of governments that violate these international norms. The law would also trigger targeted sanctions on the sale of military equipment to these countries and visa bans for individual perpetrators.

H.R. 2643, along with a future companion piece of legislation currently being ironed out in the Senate, is a good start to highlighting and preventing the spread of such egregious attacks against medical workers.