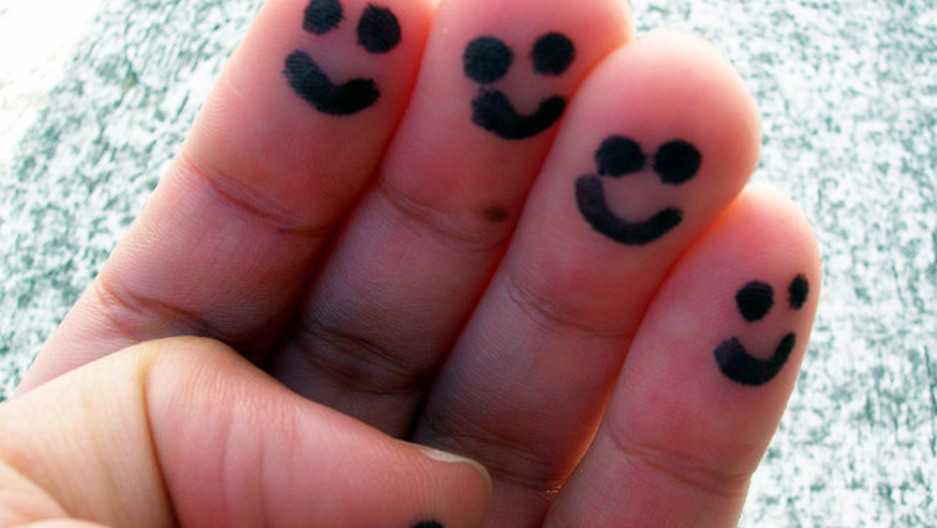 Tom Barefoot, co-coordinator of Gross National Happiness USA, thinks that having a sound economy might be less important than having a country filled with happy people. (Photo Courtesy of peyri/flickr).

The United Nations on Monday turned its attention to happiness — and just how it might be achieved on an international scale.

Tom Barefoot, the founder and co-coordinator of Gross National Happiness USA, an organization that seeks to encourage the use of alternative indicators to measure what matters, thinks happiness is caused by similar activities across cultures.

"Dig down about one layer and you find that actually we're a lot more similar than we are different," Barefoot said. "It used to be believed that happiness was just a totally individual thing and what made one person happy, probably wasn't going to do it for somebody else. But when you look at the bigger picture, you see that there are patterns.

One pattern Barefoot referenced was financial generosity. When people give away money, their brains release dopamine, a chemical correlated with the brain's reward system. So if giving away money generates happiness, how does personal wealth impact happiness?

"It turns out that as you get more and more money it does increase your happiness to a certain point. But once you reach that point, it flattens out," Barefoot said.

Barefoot thinks a baseline of wealth plays a role in an individual's happiness, but factors such as interpersonal relationships and access to nature are also important.

"We need to moderate the growth-only thing," said Barefoot, referencing reliance on GDP as a progress indicator. "And that is what the U.N. conference is about, getting beyond the Gross Domestic Product, that drumbeat that you hear on the news as the measure of how we are doing every day, and switch to other measures which tell us something about how we are doing together."

The United Nations conference was hosted by the Royal Government of Bhutan. A landlocked nation on the border of China and India, Bhutan is a poor country with a population of less than 800,000. The average Bhutanese earn only $110 per month, but despite the low GDP, Bhutan was ranked by Business Week as the "happiest" Asian nation. Happiness in Bhutan can be attributed in part to a national agenda put forth in the 1970s by King Jigme Singye Wangchuck who coined the term "Gross National Happiness."

In an interview with the New York Times, Bhutanese intellectual Karma Ura said the "true forms of wealth," include a "ravishing environment, "vibrant health," "strong communal relationships" and "meaning in life and freedom to free time."

Despite having the largest GDP in the world, the United States was ranked 16th in a 2008 world survey of national happiness. Barefoot thinks there are some simple things Americans can do to increase their happiness.

"Spend more time on other important things like family and friends," Barefoot said. "Get out in nature and do something for a cause that's bigger than oneself, volunteer."