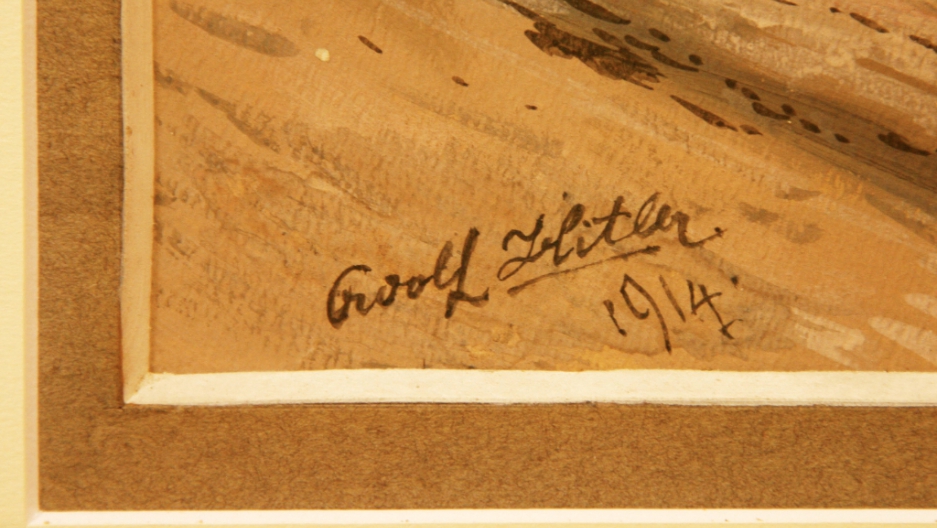 The signature of Adolf Hitler on one of his paintings, entitled 'Farmstead,' before being auctioned off in the southern German city of Nuremberg in 2009.
Credit: Timm Sschamberger
Share

The grave of Adolf Hitler's parents has become an unlikely tourist destination, much to the horror of locals. A descendant of the family decided to have the tombstone removed as a result, BBC News reported.

The grave for Alois and Klara Hitler is in Leonding, Austria, where locals say that busloads of tourists would sometimes come to pay their respects.

"The upkeep of the grave was becoming increasingly difficult as the years went by," the pastor of the parish told the BBC, "and the grave... kept being misused for gatherings of sympathizers."

The tombstone was removed at the request of a descendent of Alois Hitler's first wife. The descendent was too old to care for the grave and was tired of it "being used for manifestations of sympathy" for the younger Hitler, the Associated Press reported.

In November, someone placed a vase honoring the Third Reich at the headstone, DPA news reported. And a plaque honoring Adolf Hitler's 120th birthday was found at the site in 2009.

"It has been known for some time that the grave had been abused as a pilgrimage site by neo-Nazis," an activist who had fought for the destruction of the grave told the DPA.