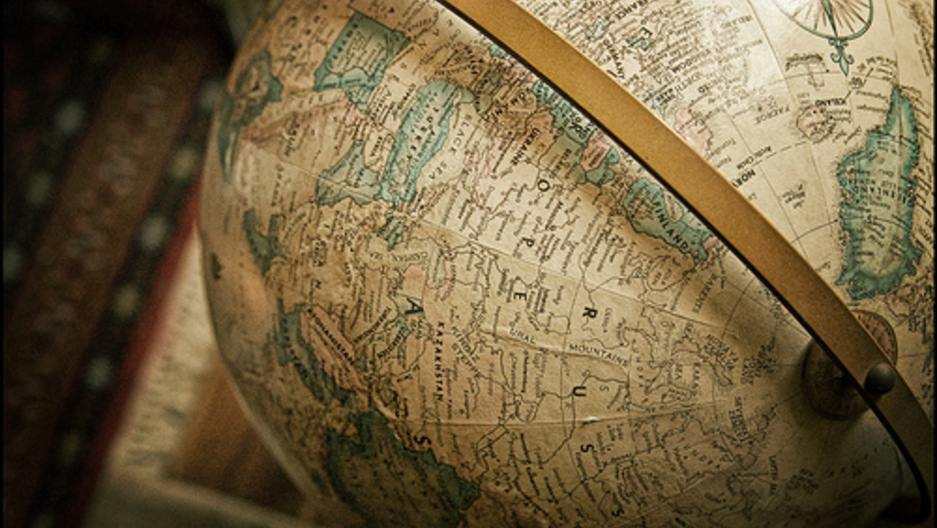 The global span of the contest will create a physical obstacle for participants to overcome in the 28-hour time limit. Coordination with participants across the world over social media may prove necessary to win. (Photo from Flickr user Mitchell Joyce.)

Like a 21st century version of "Where in the World Is Carmen Sandiego?," The "Tag Challenge" seeks to showcase how average citizens could use social media tools to find five random people.

Participants in the contest, sponsored by the U.S. State Department, must find five fictious jewel thieves who are located in Washington, D.C., New York City, London, Stockholm and Bratislava, Slovakia. Contestants must find and photograph all five thieves and upload the photos to the Tag Challenge website, all within 28 hours.

The thieves will follow a predetermined path through their city, making stops at various locations, such as coffee shops and restaurants. The first team to find and upload photos of all five suspects will receive $5,000. Due to the physical limitations of the challenge, collaboration is encouraged — if not absolutely required.

"What we're particularly interested in seeing is how ordinary people do coordinate, do mobilize, do reach out to each other across international lines to accomplish a real world task," said Joshua deLara, co-founder and project coordinator of the Tag Challenge. "It's primarily about social media. If it has any real world applications for law enforcement, public safety, so much the better. But what's really animating us is the question of whether this is possible."

DeLara said there may be complications in collaborating because of language barriers — three of the five cities speak different langugages — as well as the need to trust partners that you may have never actually met. According to the Tag Challenge's website, if no participant is able to find and identify all five thieves within the time limit, they reserve the right to award the $5,000 to "the individual who has come closest to achieving the task in the shortest amount of time."

Evan Ratliff was the subject of a similar contest sponsored by Wired magazine in 2009. Contestants were able to find him after he failed to disguise his IP address while using e-mail.

"First, it was, sort of, all one big team, so particularly on Twitter, they, sort of, mobilized into this community of people who were sharing information," Ratliff said. "But they discovered before long that there were two problems with that. One was that I could see what they were doing, so they were giving away what they were doing. And the second was it was too large and unwieldy a group to  move it in any direction. So then they hopped off of that into smaller private chatrooms, and that was really how the most skilled people operated."

However, deLara said the Tag Challenge is not identical to Vanish: Finding Evan Ratliff. The Tag Challenge will involve multiple suspects and is not strictly in the United States. It's also different in the amount of clues given to participants. The digital trail that led allowed for Ratliff to be found won't be available in the Tag Challenge.

The Tag Challenge is a joint effort of the U.S. State Department and the U.S. Embassy in Prague. It begins at 8 a.m. March 31 in each city. Suspects will follow their trail until 8 p.m., and submissions will be taken until noon eastern time on April 1.