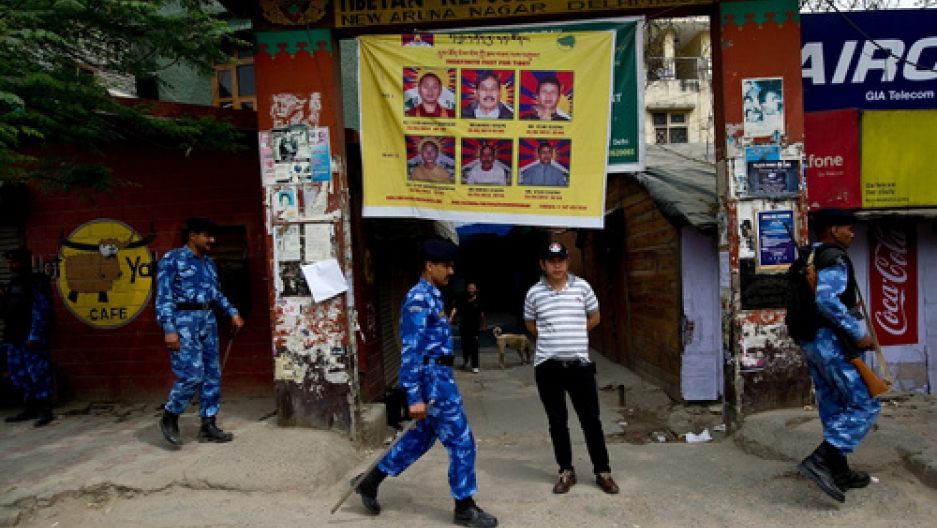 India placed the entire Tibetan exile community of New Delhi under house arrest Wednesday, after a Tibetan demonstrator set himself on fire outside the parliament building to protest the visit of Chinese President Hu Jintao this week.

The community will be restricted to their homes until March 31.

The move is designed to prevent any further public protest until after the conclusion of this week's BRICS Summit and bilateral talks between Hu and Indian Prime Minister Manmohan Singh.

According to the Hindustan Times, the Delhi Police began mobilizing against Tibetan activists with the detention of prominent Tibetan activist and poet Tenzin Tsundue from a seminar being held at the Indian Habitat Center on Tuesday.

After that, scores of activists were detained from several locations across Delhi, the paper said. The police have also sealed areas populated by Tibetans including Majnu ka Tila, Budh Vihar and Tibetan youth hostel in Rohini.