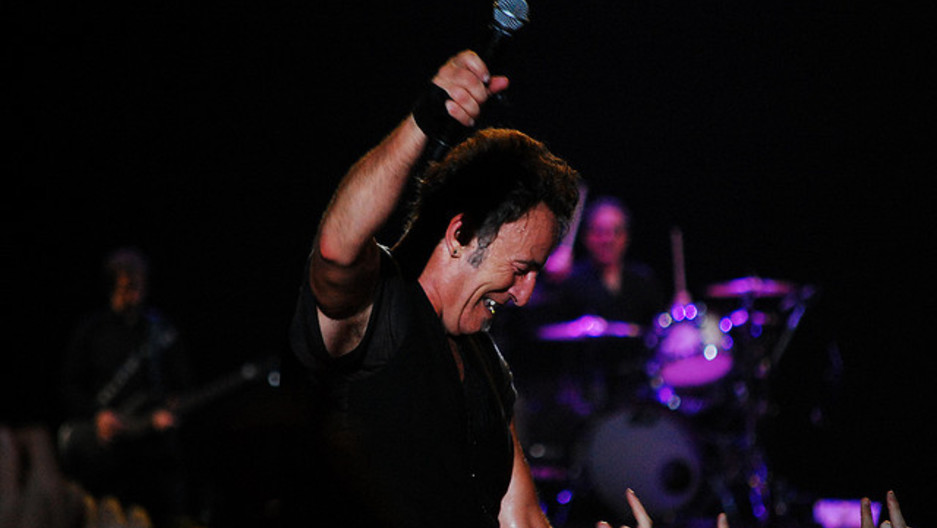 After early commercial struggles, Bruce Springsteen soon broke through with "Born to Run." He would later become one of the most popular artists in the United States. (Photo by flickr user whittlz)

Before "Born to Run," Bruce Springsteen's career had little resemblance to the megastardom he enjoys today.

Before he became known simply as "the Boss," Springsteen struggled to create an image. He was compared to Bob Dylan and Van Morrison both favorably and unfavorably, and while his first two albums, Greetings from Asbury Park, N.J. and The Wild, the Innocent & the E Street Shuffle, were popular with critics, Springsteen failed to connect with a large audience. His first two albums maxed out at 59 and 60 respectively on the U.S. Billboard 200.

All of that changed in August 1975. With the release of the song and album "Born to Run," Springsteen would achieve superstardom. Journalist Bill Lichtenstein noted the importance of the album.

"It soon spread nationally. Bruce Springsteen was soon on the cover of Time Magazine and on the cover of Newsweek," Lichtenstein said. "So it was a very heady time for him, and it exploded."

Part of the reason for the song's success, and much of the future success for Springsteen, was its ability to connect with fans. Many interpreted the song in ways that connected with them personally.

"I think you can imbue a lot of things into this song, and the album which sold over six million copies in the U.S," said Philip Martin, senior investigative reporter for WGBH.

Martin spoke with Marc Dolan, author of an upcoming book on Bruce Springsteen, about the ways "Born to Run" connected with listeners. Dolan described the song as capturing the feeling of many in the decline of industrial America and the absence and abandonment felt by towns as factories left, according to Martin.

"So what this is about is a young man and a young woman basically who are alienated, and it captured the imagination of people at that time and continues to resonate today," Martin said.

Artists and fans today continue to connect with the themes of "Born to Run." Pat Healy, known as "Uke Springsteen" reinterpreted the song using a ukulele and kazoo.

Springsteen was a keynote speaker at the SXSW Conference in Austin earlier this month. He's in the middle of a major international tour that will see him travel from the northeast United States, as well as the west coast before departing for a number of dates in Europe.

"I think what is important about his songs is that everyone can relate to them, whether you're working class or not, because everyone has been in situations that they need to get out of and rise above," Healy said.

Martin noted that "Born to Run" holds relevance today for its symbolic nature.

"...One thing we talk about is the nostalgia of the song. It's not just nostalgia. It's symbolism, the very working class persona you talked about, John (Hockenberry)," Martin said.