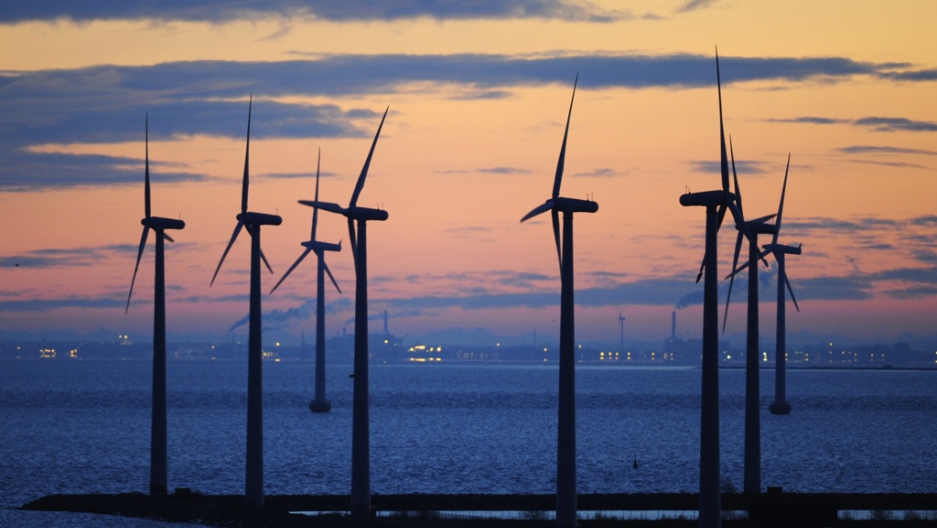 MALMO, Sweden — Nowhere generates a greater share of its power from wind than Denmark.

The peninsula and six main islands are ringed with some of the biggest offshore wind farms anywhere. The technology accounts for nearly a fifth of Danish electricity use and Danish manufacturers produce almost half the world’s wind turbines, a total $8 billion a year in exports. The country has become a model for investors in other countries angling for subsidies for their own energy projects.

But this year Denmark’s wind industry has run into strong headwinds that are threatening its dominance — and there seems little its government can do about it.

Vestas’ shares are trading down more than 90 percent from in 2008.

Read more: Germany battles over the future of solar energy

The company’s chief executive Ditlev Engel plans to lay off a tenth of the workforce, most of them in Denmark, to help ride out what he sees as another tough year.

To stave off Vestas’ troubles, Denmark’s center-left government pledged last October that the country would generate half of its power from wind turbines by 2020, which would necessitate a slew of new projects. But the Danish market is simply too small to make a difference, buying only 5 percent of the company’s turbines.

Vestas depends on the US for one-fifth of its orders, making it highly sensitive to US market conditions.

Decades ago, California had tax breaks for wind energy, which became a boon for the Danish company. When those ended in 1986, Vestas barely survived.

The same sort of crisis could come this December, if Congress decides not to extend a production tax credit that underpins the US wind industry.

Vestas’ big mistake was to invest an additional $1 billion in turbine capacity in April 2009, long after it was clear how long and difficult the economic recovery would be.

Its latest turbines are state-of-the art. But they’re too expensive for Vestas to make a profit at the prices its customers are able to pay.

“It has over-designed this new platform. It’s simply been too costly,” says Michael Friis Jørgensen, an analyst at Danish brokerage Alm. Brand Markets.

He says the wafer-thin margins the company is earning could easily turn into heavy losses.

“Vestas is just scraping by with a 4 percent margin,” he said. “That’s a pretty scary business to be in if that’s a middling year. What if there’s a bad year?”

That’s not Vestas’ only problem.

China, which in 2010 overtook the US to become the world’s largest market for wind energy, is set to cut back on the pace of wind-power development.

It managed to double capacity every year between 2007 to 2010. But that was achieved at least in part by scrimping on quality. Too many turbines turned out to be incapable of actually generating power, and the Chinese authorities are tightening up on regulations and pulling back on state funding.

This will hit Vestas’ business in China. But perhaps more importantly, it will push the bigger Chinese turbine manufacturers to target Vestas’ home markets in Europe and the US.

If the Chinese turbine manufacturing capacity built in the last few years is not needed for their home market, the only way they can maintain their factories at full production will be by selling in Europe, the US and elsewhere.

China’s expansion has pushed four of its manufacturers into the top-10 global manufacturers. And the largest, Sinovel, could topple Vestas from the top-spot before too long.

At the end of last month, two Sinovel turbines, which cost 20 percent less than Vestas’, began generating off the coast of Sweden.

Denmark’s wind industry has seen tough times before. In 2004, just before Vestas posted its last loss, Bonus Energy and NEG Micon, the country’s two other big players, were bought by Germany’s Siemens and Vestas respectively.

This time around, Vestas could find itself an acquisition target, perhaps getting picked up by a French, Japanese or Korean industrial conglomerate.

This is not to say Denmark will lose its position as a front-runner in wind.

If it meets its target of producing half of its power from wind in eight years’ time, it will still be a world-beater. But the companies supplying those new turbines may be based elsewhere.