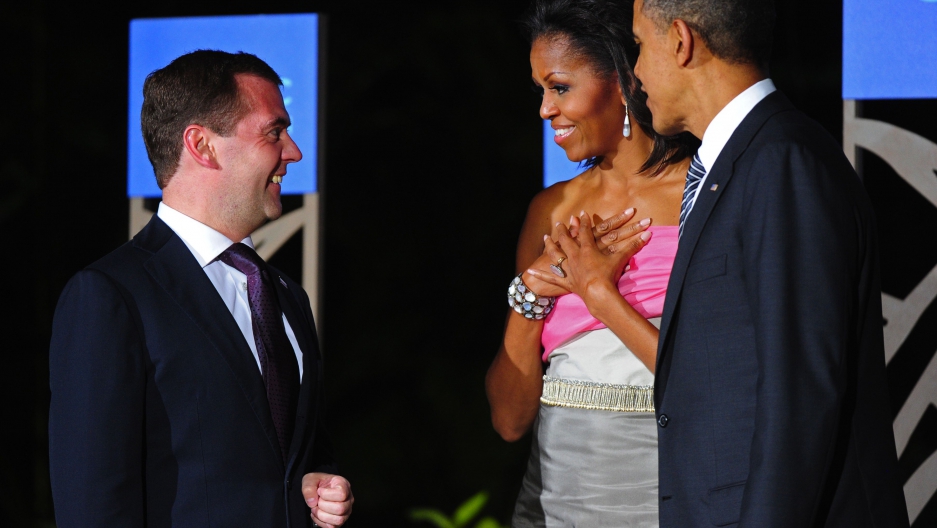 President Barack Obama apparently isn't too worried about the upcoming United States presidential election in November. At a nuclear summit in Seoul, microphones picked up what was supposed to be a private exchange between Obama and Russian President Dmitry Medvedev, Reuters reported.

"This is my last election ... After my election I have more flexibility," Obama was overheard saying.

Obama explained that more controversial issues would have to be put on hold until after November. He asked Medvedev to relay the message to incoming Russian president Vladimir Putin.

"On all these issues, but particularly missile defense, this, this can be solved but it's important for [Putin] to give me space," Obama said, according to MSNBC.

"Yeah, I understand. I understand your message about space," Medvedev said. "I will transmit this information to Vladimir."

The two leaders were caught off guard when they found out that the exchange had been heard by reporters. The White House later released a statement standing by Obama's comments: “Since 2012 is an election year in both countries, with an election and leadership transition in Russia and an election in the United States, it is clearly not a year in which we are going to achieve a breakthrough,” White House deputy national security adviser Ben Rhodes told reporters.