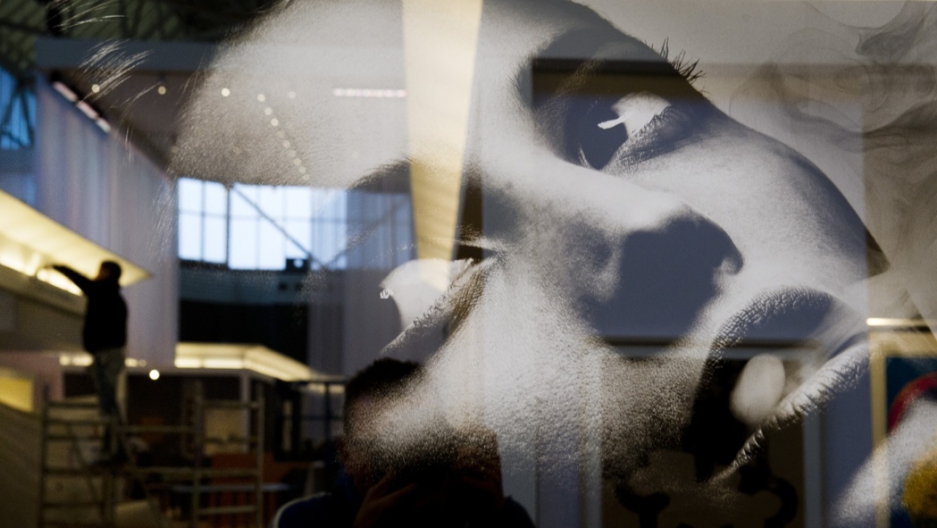 Women in Germany aren't the only ones earning less then men.
Share

BERLIN, Germany — On average, it will take a German woman until March 23 to earn as much money as a male counterpart earned last year.

That is the extent of Germany’s alarming gender pay gap.

Women’s organizations will be marking the date, dubbed Equal Pay Day, with some 150 events, including podium discussions, film screenings and flash mobs, to try to highlight the fact that, on average, German women earn about a fifth less than men.

They got some heavyweight backing for their cause earlier this month, when the Organization for Economic Cooperation and Development berated the country for having a 21.6 percent wage gap, the highest in Europe.

In fact Germany’s own figures put the disparity higher — at 23 percent.

“In no other European country is the wage gap between men and women so strong as in Germany,” the OECD wrote in its report.

It also pointed out that women occupy only 4 percent of top corporate jobs in Europe’s economic powerhouse. In Sweden and France the proportion of women serving on company boards is between 15 and 20 percent, and in Norway, which has introduced a mandatory gender quota, it is close to 40 percent.

Why is Germany’s glass ceiling so particularly hard to crack?

One reason is the nature of the jobs that many women occupy.

“Around 70 percent of women work here, but 45.6 percent work in part-time employment or mini-jobs,” said Elke Holst, gender expert at the German Institute for Economic Research in Berlin, referring to very low-income jobs that allow people to hold onto some welfare payments.

“Mini-jobs are poorly paid in any case, and as for part-time jobs, well they are not exactly the top, well-paid positions," Holst said.

Another barrier for better-paying jobs is the fact that some women take lengthy periods of time off to have and raise children. “Studies have shown that women often lose good jobs when they have children, and then they find it hard to get back into the job market for good positions,” Holst said.

The German university system only came into line with other EU states over the past decade, when it introduced shorter bachelor's degrees instead of master's degrees. Before these reforms, students often didn't graduate until their late 20s. That adversely affected women, who had little time to establish a career before they had to decide whether to have children. Since so many women interrupt their careers at this crucial stage, men often secured the better positions.

Of course, women in many countries face huge difficulties juggling family and career. In Germany, the situation is more extreme in part due to entrenched cultural norms.

A mother working full-time often faces social disapproval, stigmatized as “Rabbenmutter,” a pejorative term literally meaning “raven mothers,” which implies that women are selfish if they leave their children to work.

“We still have a pretty conservative way of thinking in Germany,” Holst said. “It is surprising how many people still believe that women should not work while their children are small.”

“Gender role stereotypes in Germany are particularly strongly engrained,” said Simone Denzler, spokeswoman for the Business and Professional Women association, which launched Equal Pay Day. However, she points out that they are still less entrenched in the former East Germany, since under Communism it was taken for granted that women would work full-time.

Yet it is not just a matter of how people think, but the practical realities that play a huge part in so many women settling for part-time work. For example, the German tax system makes it financially more attractive to have one main breadwinner in a marriage, possibly supplemented by a part-time earner. And it is hard to find adequate child-care in many parts of the country, particularly the former West Germany, for those women who do wish to work full-time.

In its report, the OECD noted that only 18 percent of children under the age of two have access to full-time childcare. That is half the European average.

The organization also criticized the German government’s plans to pay extra allowances to women who care for their children in the home, saying it is “counterproductive,” and arguing that the money would be better spent on expanding the provision of day care.

However, it not just the part-time trap that is holding back women’s earning potential, but also the kind of work they often do. Jobs regarded as typically female, such as nursing or childcare, have much lower rates of pay than those seen as typically male, such as construction work or auto repair.

“There has to be a structural change so that jobs typically done by women are paid better,” agrees Holst.

Yet even when women and men are doing the exact same kind of job, women are often paid less, despite the fact that women are now just as highly educated as men, if not higher.

Many women simply don’t have the kind of networks that give them information about the salary levels when negotiating pay, experts say. And the lack of wage transparency means many do not even realize they are being discriminated against.

Denzler argues that more work needs to be done at a very early age to inform and prepare girls about the hurdles they may eventually face to achieving equal pay.

“Young women often don’t know what is waiting for them when they reach 30. They think they are already equal and it is only after they start working and having children, that they realize that it’s not the case.”

The consequences for women can be immense, with the wage gap getting wider and wider as their careers go on. “By the time women reach retirement, the gap between male and female pensions has grown to 59 percent,” Denzler said. “Old-age poverty is largely female.”

The persistent disadvantages that women face have persuaded many experts of the need for female quotas for top management positions.

While getting more women highly-paid board positions would by itself help push up the average wage and narrow the pay gap, the effects would likely be more far-reaching, experts say.

As well as acting as role models, these women would be more likely to appoint other women to higher positions. “It is currently partly a closed male society,” Denzler said. “Men occupy over 90 percent of top management positions and they tend to then hire other men, making it difficult for women to move up.”

She argues that a quota is vital for changing this pattern. “It is the only way to get women into the top management positions, and then it will trickle down to the lower levels.”

So far, Germany has resisted imposing mandatory quotas, hoping that companies would by their own volition appoint more women to company boards. But progress has been glacial.

However, the matter may soon be taken out of their hands.

Earlier this month, the EU justice commissioner for Viviane Reding announced that a year after calling on companies to take voluntary measures, she is now looking at imposing a European Union-wide mandatory quota system to force companies to put more women on their boards.

Reding pointed out that France has seen a leap in the number of women in executive positions since it imposed quotas. “Where there are regulations,” she said, “there is progress.”