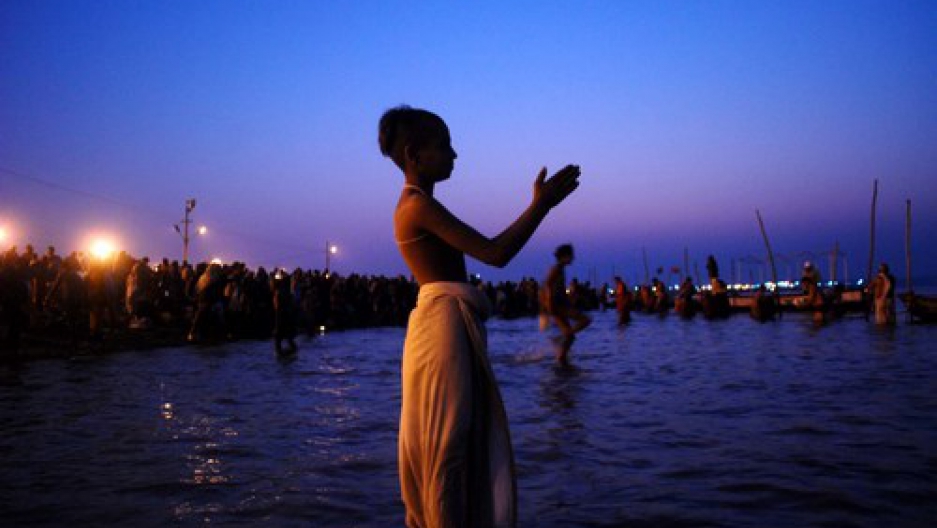 An expose in the Hindustan Times claimed the Ganges River -- sacred to Hindus -- is being ravaged by ill-considered dams and rampant illegal mining.
Credit: STRDEL
Share

Illegal sand and stone mining is rampant on the sacred Ganges, a new expose by the Hindustan Times reports.

The north Indian state of "Uttarakhand seems to have given illegal miners a permit to ravage the Ganga as well as its tributaries," the paper said. "With hundreds of trucks visiting it everyday, whole stretches of the river now stand devoid of sand and stone."

Holy to Hindus, the Ganges is in many ways India's most iconic river. But despite the dogged work of environmentalists and Hindu holy men, India has neither been able to stem pollution nor illegal mining – and it continues to build mammoth dams on the river.

"The politics behind the illegal mining in the [Ganges] runs deep and, at times, acts of defiance prove costly. Last year, [Hindu guru] Swami Nigamananda – who had taken up a fast unto death to condemn the illegal practice – was allegedly poisoned to death at his ashram in Haridwar," the paper said. "More recently, on Monday, the government had to air-lift former [Indian Institute of Technology] professor G D Aggarwal from Varanasi, where he had launched a fast on March 6 to save the river."

I've spent the last three weeks working on a series to appear soon on GlobalPost about more than 150 dams proposed on the beautiful rivers of the northeastern Indian state of Arunachal Pradesh – which are also held sacred by the local indigenous tribes. With the state and central governments and more than a few billion-dollar corporations against them, local tribal organizations and environmental activists are fighting a rearguard action against the ravaging of the mostly unspoiled state.

But if India has no qualms about destroying Hinduism's holiest river, there seems little hope for the waters held sacred by the country's remote and mostly ignored indigenous tribes.