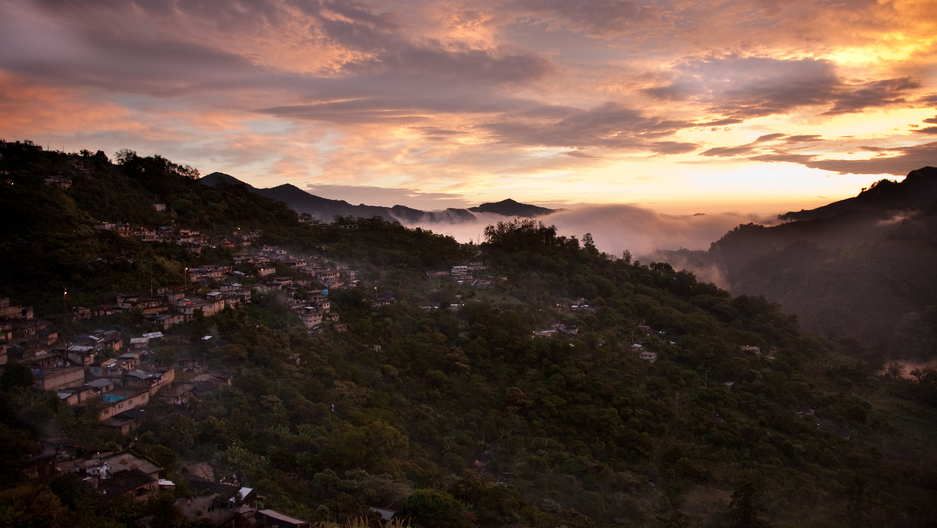 Share
In heavily Catholic Mexico, evangelical Christians are now on the rise. In 1970, according to census figures, 96 percent of Mexicans claimed to be Catholics, but that figure dropped to nearly 80 percent by 2010. Evangelicals are filling part of that spiritual gap. One place to see the change is the Mexican town of Zongozotla, tucked in the misty highlands of the central state of Puebla. As you make your way up the winding road to town, the colonial Catholic church still dominates the landscape–but it's the only Catholic church here. There are more than 12 others places of worship, led by Pentecostals, Jehovah's Witnesses, Baptists, and others. Each Sunday morning, everyone from young men to grandmothers wearing pastel wool shawls fill evangelical churches, reflecting a spiritual flip moving throughout Mexico. Evangelical preacher Miguel Ponce said that before the evangelicals arrived, "All of our ancestors lived in disgrace, with alcohol, with witchcraft. People never prospered," he said. Like many in the town, he said that the town once "lived under a curse." When evangelicals arrived, he said, "people started to prosper." American southern Baptist missionaries kicked off the town's conversions in the 1950s. It then became a Mexican-led movement and the number of converts increased as stories of drastic life changes spread. Juvencio Domingo, a wiry 74-year-old coffee farmer turned to religion when he was in his thirties and lost in an alcoholic haze. "My sons and daughters didn't eat well and I drank alcohol," said Domingo. "I was bad in the head. That's not good, right?" Domingo said that the Catholic Church failed him. "They don't advise you well," he said. "The priest never tells you, "Stop drinking! That's wrong!" An evangelical devotee took Domingo under his wing and said, "You're young! Take care of yourself! Follow God's word." Domingo said that the evangelical religion is better "because they explain things well, that life is worth something. And if you don't take care of your life, whose fault is it? Ours." Little surprise that evangelicals boast how they've transformed lives. Whatever the case, it does feel different than your average Mexican town. It's clean living–mostly. There is hardly any drinking, few of the typical town square cantinas. Few people swear or smoke and women rarely wear skirts. Today, evangelicals outnumber Catholics in the town, and it's places like this, along with more mega evangelical churches in cities, that test Catholic dominance. Indeed, Mexico is still the world's second-largest Catholic country, at least in raw numbers, but affiliation has dropped steadily, by nearly 20 percent since the 1950s, according to census numbers. Elío Masferrer, an anthropologist and religious expert in Mexico City explains that in rural villages like Zongozotla evangelicals also appeal on the economic front. "It's expensive to be Catholic," said Masferrer, referring to elaborate baptisms and church weddings that can drain a family's savings. "You have to understand that converting also makes economic sense," said Masferrer. In Zongozotla, Lazaro Salgado is the Catholic priest. He speaks directly to what the Catholic church should do to keep its flock in Mexico: break the top-down catholic hierarchy. "I think that our work is about being present, spending less time in the office, sitting and not feel somewhat superior," said Salgado. If not, Salgado said, people will go to the church that "embraces them, advises them." Like other Catholic priests facing tough competition, Father Salgado livens up his mass with more singing and preaching in the local, indigenous Totonaco language, a technique evangelicals mastered long ago. But Salgado is also simply overstretched. He doesn't live in Zongozotla. It's just one of nine villages he rushes through on Sundays. Evangelical preachers outnumber him. Surveys have found an average of one Catholic priest for every 6,000 Catholics in Mexico, compared to one evangelical pastor for every 200 followers. In Zongozotla, all of the of the evangelical pastors live in town, have families here and offer services throughout the week. In a makeshift, cinderblock Pentecostal church, families with Bibles in hand sing while a small boy plays guitar. In the pews is José Vázquez. He's Catholic, but his wife is evangelical and he supports her faith After the service, Vázquez talked about religious tolerance. "We respect our ideology," he said. "She has her religion, and I accompany her. It's good because we don't fight about it at all." Vázquez just moved back home after years as a soldier in the Mexican army fighting drug cartels. He's impressed by the town's peaceful vibe. And its focus on embracing a new form of worship and keeping coffee crops striving rather than getting into the illicit drug game. "Everyone works, everyone, everyone," said Vázquez. "Even the school kids go and work the coffee fields, everyone working together in a group." The young couple is now debating whether to have their two small girls be presented to the Pentecostal church or be baptized as Catholics. Vázquez seems to favor his wife's evangelical church. "I like the way of thinking at her church more because it's a change in mentality," he said. It was once unheard of in Mexico to consider not being Catholic. But here in Zongozotla, where different faiths are gaining ground, spiritual shifts are possible–and underway. And while some members of the Catholic Church stress that change is needed to compete with the evangelical presence, it's unclear whether Catholicism's centuries-old traditions and hierarchies will be flexible to reverse its losses here.