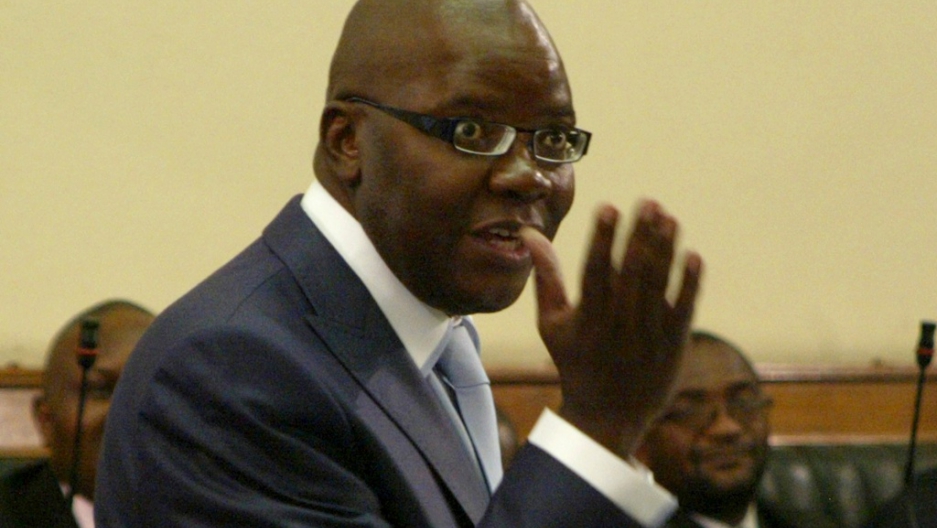 Zimbabwe Finance Minister Tendai Biti said that $14 billion is needed to get the country's economy back on track. Here Biti is presents his budget to parliament in November 2011.
Credit: Jekesai Njikizana
Share

BOSTON, Massachusetts — What will it take to get Zimbabwe's economy back on track?

That's what Finance Minister Tendai Biti said is needed to get Zimbabwe's economy back to its 1990 levels, according to Agence France-Presse.

Biti was speaking to a seminar organized by the government to try to lure foreign investment to the country. "We have a foreign debt of $9.1 billion. We have defaulted as far back as 1999," he said.

Actually, no amount of money can fix Zimbabwe's economy. Not as long as President Robert Mugabe and his Zanu-PF party continue to control the economy.

The real solution for Zimbabwe's economy is free. It is rational economic policies and good governance.

Zimbabwe, once the most prosperous and productive country in southern Africa, experienced a record-breaking economic crash as a result of the the violent seizures of white-owned farms that President Robert Mugabe's regime started in 2000. Then Mugabe rubbed salt into the wounded economy with irrational currency regulations that sent inflation beyond one billion percent.

Zimbabwe's gross domestic product hit a low of $4.4 billion in 2008 and has since recovered to $7.4 billion, largely as a result of the work of Biti, who restored some sanity to economic policies. Biti, in office as a result of the power-sharing government between Mugabe's Zanu-PF party and Prime Minister Morgan Tsvangirai's Movement for Democratic Change (MDC), tamed inflation, but only by jettisoning the Zimbabwean currency. Agricultural productivity remains low.

Biti's hands are tied because Mugabe and his cronies still call the shots. And they continue to hurt the economy.

The latest threat to Zimbabwe's economy is Mugabe's controversial indigenization law, in which foreign firms are forced to surrender 51 percent of their shares to black Zimbabweans. The government has vowed to nationalize companies that do not comply with the law.

That's a great way to frighten off investors.

Take a look at Zimbabwe's largest platinum miner, Zimplats, a subsidiary of Impala Platinum, the world's second-biggest platinum producer. Zimplats said the government would have to pay up to $1 million for 31 percent shares in the company. The Mugabe government rejected the proposal, saying it does not have to pay for the shares and threatened to nationalize Zimplats, according to the state-controlled Herald newspaper.

Threats like that can only hurt an economic recovery.

Then there is the confusion over Zimbabwe's diamond earnings. Biti warned that the state's decreased earnings from Zimbabwe's Marange diamond fields could force the government to shut down.

Zimbabwe anticipated $77.5 million in revenue from diamond sales during the first two months of the year, but received only $19.5 million, Biti said, according to AFP. He said the diamond earnings are down because there had not been any international diamond auction since the beginning of the year. Mugabe's critics and the international watchdog, Global Witness, allege that his cronies are illegally funneling the diamond money into a fund to get Mugabe and Zanu-PF reelected in the impending national polls.

This week, six Zimbabwean activists were convicted on charges of plotting to violently overthrow the government because they were caught watching news videos of the Arab Spring revolts in Tunisia and Egypt. The verdict shows that Zimbabwe's judicial system is still being manipulated by the Mugabe regime.

The six, including former parliamentarian and university lecturer Munyaradzi Gwisai, received lenient sentences of community service. But they should never have been charged at all, let alone found guilty. The erosion of the rule of law is a significant impediment to economic growth.

Farm seizures, forced share transfers of companies, ruling party control of diamond earnings, spurious charges against government critics: These are all problems that will not be fixed by money — not even $14 billion.

The real way to get Zimbabwe's economy working again is to restore rational economic policies, the rule of law and democracy.

Only a return to accountable governance will get the economy growing again, so that ordinary Zimbabweans can have enough to eat.