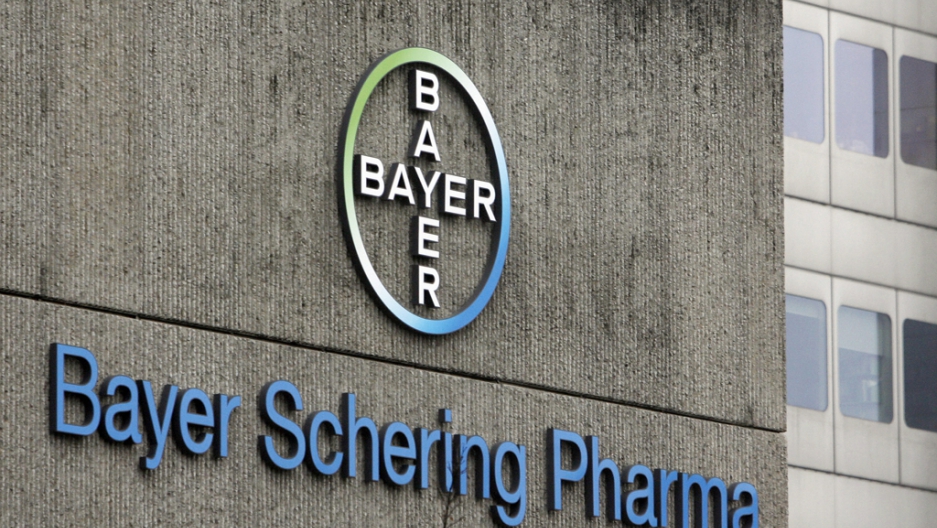 The headquarters of Bayer in Berlin, Germany. The Indian government authorized the generic version of a patented Bayer cancer medication on March 12, 2012, allowing for a cheaper drug.
Credit: AXEL SCHMIDT
Share

Taking aspirin everyday may significantly reduce one's risk of cancer, according to two studies published on Tuesday. But experts are unsure if the benefits of taking aspirin daily are worth the potential side effects.

A study in Lancet found that "daily aspirin reduces the long-term risk of death due to cancer. However, the short-term effect is less certain, especially in women."

"Because aspirin prevents the spread of cancers, it could potentially be used as a treatment," lead researcher of the Lancet study Dr. Peter M. Rothwell told the Philadelphia Inquirer.  “In terms of prevention, anyone with a family history would be sensible to take aspirin," he told the Times.

Approximately 41 percent of Americans will be diagnosed with cancer at some point in their lives, the President's Cancer Panel reported in 2010. And in 2003 the World Health Organization predicted that global cancer rates will increase 50 percent by 2020.

Researchers think that environmental exposures and lifestyle choices are playing a major role in the soaring rates. Many people in industrialized nations have sedentary lifestyles and poor diets, and are also exposed to a range of carcinogens in their air, water and food. Earlier this month, a Swedish study found that ingesting a metal found in fertilizers might increase risk of breast cancer, MSNBC reported.

Because aspirin increases one's risk of stomach bleeding and strokes, researchers were hesitant to endorse the drug as a preventative agent.

“I’m not ready to say that everybody ought to take a baby aspirin a day to prevent cancer," Dr. Otis W. Brawley of the American Cancer Society told the Times.