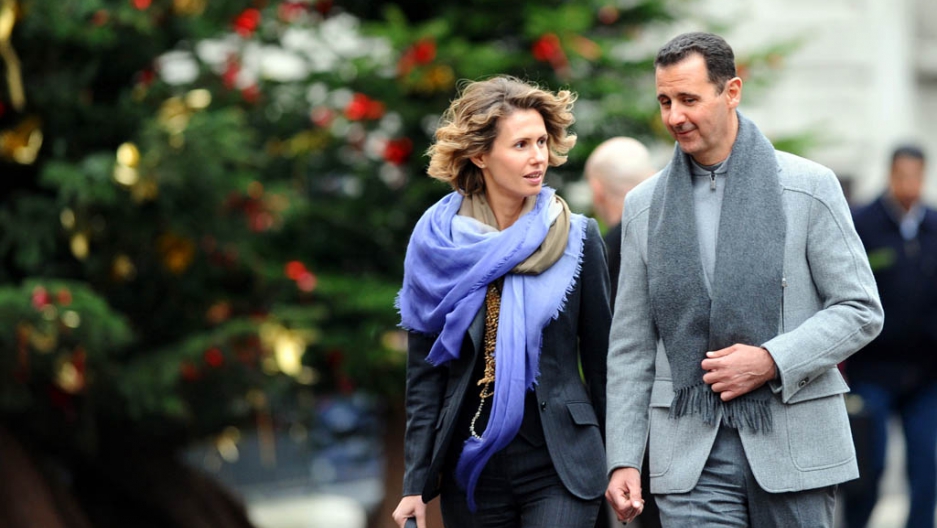 Syrian president Bashar al-Assad and his wife, Asma, walk in Paris during an official visit to France in 2010. A member of the Syrian National Council has said al-Assad will be "killed like Gaddafi."
Credit: MIGUEL MEDINA
Share

As hundreds of Syrians fought and died for their freedom, President Bashar al-Assad and his wife ordered Harry Potter films and pop music, a sweeping new investigation from The Guardian reveals.

The English newspaper obtained thousands of emails it says are the personal accounts belonging to Assad and his wife, Asma.

Activists say a disgruntled Assad insider leaked addresses and passwords, and they were able to monitor conversations in real time.

“It was clear who we were dealing with,” an activist told The Guardian. “This was the president and his wife. There was no doubt.”

The Telegraph reported that the Guardian could not rule out the possibility of forgery.

The emails, which were shut down after Anonymous hacked the Syrian government's computer, showed Assad receiving advice on everything from strategy to media relations from a trusted circle of advisers that included sources inside Iran and Hezbollah, Foreign Policy reported.

The Guardian published its investigation as Russia's foreign minister showed irritation with Assad, stating that the ruler has been slow to implement the long-needed reforms in Syria.

“Regrettably, he hasn’t always followed our advice in his activities,” Sergey Lavrov told the Associated Press. “He has approved useful laws reviving the system and making it more pluralistic. But it has been done after a long delay, and the proposals about launching a dialogue also have been slow to come. Meanwhile, the armed confrontation is expanding and its inertia may sweep and engulf all.”

The emails bring to light a bumbling regime, the Telegraph wrote. At one point, a trusted source told Assad to stop blaming al Qaeda for attacks inside Syria.

“I have received contacts from Iran and Hezbollah in my role as director of many Iranian-Lebanese channels and they directed me to not mention that al Qaeda is behind the operation,” Lebanese executive Hussein Mortada wrote, The Guardian reported. “It is a blatant tactical media mistake.”

Meanwhile, GlobalPost reported earlier that ordinary Syrians are suffering under the now crippled economy. State oil revenues have been slashed under international sanctions. Tourism is nonexistent, and confidence in the economy is at an all-time low. Staples like rice and eggs have tripled in price over the year, while cooking oil has doubled, according to residents of the capital.

Over the past year, Asma shopped for shoes and furniture worth thousands of dollars using fake names and foreign addresses. The couple used iPhones and iPads to order music on iTunes by Chris Brown, LMFAO, Blake Shelton, New Order and even Right Said Fred.

Mayassa al-Thani, the emir of Qatar’s daughter, urged Asma to snap out of the “state of denial” regarding “the opportunity for real change."

“I only pray that you will convince the president to take this an opportunity to exit without having to face charges,” she wrote. “The region needs to stabilize, but not more than you need peace of mind. I am sure you have many places to turn to, including Doha.”