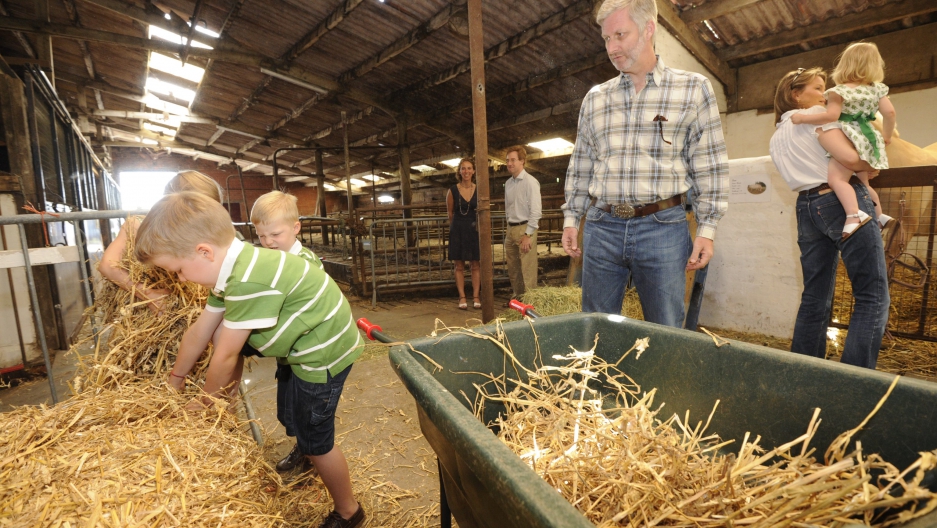 Farm children at dramatically higher risk of death, injury according to a new study in the journal Pediatrics.
Credit: AFP
Share

According to a new study released Monday, nearly 27,000 children are injured or killed on US farms and ranches every year.

The study, in the journal of Pediatrics, is the first to estimate the total number of children in fatal and non-fatal accidents.

Reuters said that these injuries and deaths rack up over a billion dollars per year in health care costs, with fatal injuries accounting for $420 million.

"The cost of youth agricultural injury is substantial, comparable to the costs of more frequently discussed risks such as unintentional child poisoning or occupational needle stick injury," Reuters quoted Eduard Zaloshnja of the Pacific Institute for Research and Evaluation, as saying.

The study found that farm work was not necessarily the cause of injury or death with the vast majority of the cases – 86 percent of the deaths and 71 percent of the injuries — not work-related, said NPR.

"There are more hazards in agricultural settings," said Zaloshnja. "There is machinery around, there are animals around, so that makes a more hazardous environment for people, especially for kids."

According to the Centers for Disease Control and Prevention the leading sources of fatal injuries to youth on farms, a quarter involved machinery while about 20 per cent involved motor vehicles.

Just over 1 million children in the US live on farms.