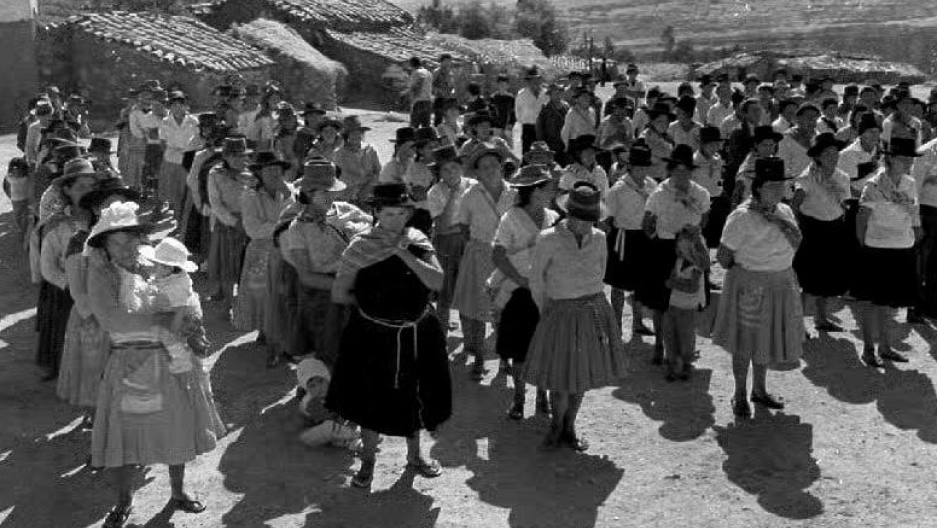 Residents and members of a self-defense force in Huanta, Peru gather in 1992 in the town's main square, hoping to fend off the deadly rebel group Shining Path.
Credit: GERARDO MAGALLON
Share

LIMA, Peru – Disturbing new allegations of the violence used by Shining Path have emerged from the interrogation of a recently arrested leader of Peru's deadly rebel group.

“Artemio,” whose real name is Florindo Eleuterio Flores, was arrested last month in the remote Huallaga Valley, on the eastern slopes of the Andes, where he had been leading remnants of the group. A shoot-out with police left him wounded in the hand and stomach.

He was regarded as the last of the major leaders still at large from the Shining Path’s heyday in the 1980s and 1990s, when the rebel group plunged Peru into a civil war that killed nearly 70,000 people.

Flores, 50, is being held at a naval base near Lima, where police interrogators have been attempting to wean information from him about the recent operations of the Shining Path (“Sendero Luminoso” in Spanish).

The group — listed as a “terrorist organization” by the US government — now consists of two small bands of guerrillas, holed up separately in the Huallaga and another isolated, jungle-covered valley.

Although it continues to attack police and military patrols, occasionally even downing a helicopter, the Shining Path’s dwindling firepower is now a far cry from the days when it launched murderous attacks in downtown Lima and effectively laid siege to the entire country.

Flores is accused of more than 100 murders and has been formally charged with terrorism and drug trafficking. If convicted, he is likely to spend the rest of his life behind bars.

“Yes, I assume my responsibility as the head of the Regional Committee (of Shining Path in the Huallaga Valley) in the different actions and forms of struggle,” he is reported to have told interrogators.

In one chilling confession, Flores revealed how he allegedly ordered the late 2007 slaying of four members of a family in apparent revenge for the killing of a Shining Path member known as “Clay.”

“Yes, they were executed with my approval … I acknowledge being the author of the liquidation because I ordered it. When Comrade Clay died, I ordered an investigation. Later, they brought me the results, concluding that that family was responsible.

“Comrade Piero proved it and eliminated those people. It was an act of punishment and justice for the death of a comrade. I acknowledge the said elimination formed part of the policies of my party.”

Flores also admitted that the main goal behind the Shining Path’s continued violence in recent years was the liberation of Abimael Guzman, known as Comrade Gonzalo, the group’s founder and supreme leader. He is serving multiple life sentences after his arrest in 1992.

“I respect and admire him because he is my leader and continues to be so. I am a ‘Gonzalista’ combatant,” Flores told La Republica.

Flores’ capture has provided a major political boost to President Ollanta Humala. It may also pave the way for Peruvian security forces to finally take control of the lawless Huallaga, one of the world’s largest production centers of coca, the main ingredient in cocaine.

“The days of Sendero Luminoso being a strategic threat to the Peruvian state ended with the capture of Abimael Guzman,” Gustavo Gorriti, Peru’s leading investigative journalist, who interviewed Flores in his jungle hideout in December, told GlobalPost. “But Artemio was still a danger regionally and locally.”

The arrest has also shone a light on Peru’s uphill struggle to come to terms with its recent bloody past.

There is increasing concern that Peru’s booming young population knows little or nothing about the Shining Path’s atrocities, principally committed against some of the country’s most vulnerable citizens, such as peasants and indigenous communities from isolated areas of the Andes and Amazon.

“There is a long way to go still,” political scientist Eduardo Dargent told GlobalPost. “Part of the problem is that many of the victims were Quechua speakers and ‘campesinos’ who have little influence in society. They live in remote places and usually lack the resources or capacity to make their voices heard.”

Meanwhile, many on the right in Peru avoid talk of human rights, which would raise difficult questions about the response to the Shining Path by former President Alberto Fujimori, now serving a 25-year jail term for directing death squads.

Even Prime Minister Oscar Valdes recently sparked outrage by accusing the Shining Path’s thousands of surviving victims of the “theatricalization” of their experiences.

Yet if some Peruvians still fail to grasp the brutality of the Shining Path, the reason may also be rooted in the sheer lack of reason or logic in the group’s devastating violence.