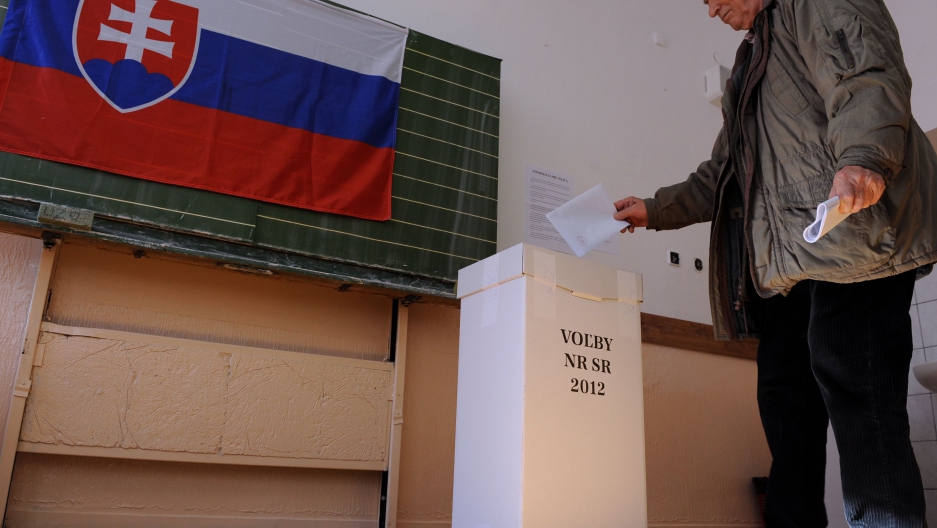 While opinion polls predict that Robert Fico’s Smer social democrats are poised to take the election, many analysts anticipate a record low turnout due to voter disillusionment over a huge corruption scandal in Slovakia.
Credit: SAMUEL KUBANI
Share

Voting has begun in Slovakia’s general election, with the left wing opposition led by former Prime Minister Robert Fico tipped to emerge as the winner.

Polls opened early Saturday and will close at 16:00 EST, with exit polls to be published shortly after and official results expected Sunday morning.

The election was called two years early after Slovakia’s governing coalition, led by outgoing Prime Minister Iveta Radicova’s center-right SDKU, collapsed in October when a junior member refused to back the expansion of the euro zone’s bailout fund.

But while opinion polls predict that Robert Fico’s Smer social democrats are poised to take the election, many analysts anticipate a record low turnout due to voter disillusionment over a huge corruption scandal in Slovakia, the BBC reports.

A file known as “Gorilla”, allegedly compiled by Slovakia’s spy agency, was published on the Internet in December, suggesting that Penta, a financial group, had bribed most of the parties in the 1998-2006 center-right government of then-leader Mikulas Dzurinda.

About 300 anti-corruption protesters clashed with police in the capital, Bratislava, on Friday, calling on Slovaks not to vote for any of the established political parties.

More from GlobalPost: 'Chuck Norris' bridge soon to be a reality?

Heavily tainted by the Gorilla affair, SDKU is expected to see its support drop to about 5 percent of the vote – the threshold to enter parliament – down from the more than 15 percent it secured in the 2010 election, according to the Agence France Presse.

Its former coalition partners, the ethnic Hungarian Most-Hid party and the eurosceptic Freedom and Solidarity (SaS), may fail to secure even 5 percent and risk slipping out of parliament.

Fico was cautious after casting his own vote in Bratislava on Saturday:

“There’s still a very real threat that a coalition of five or six other parties might be created,” he said, according to the Associated Press.