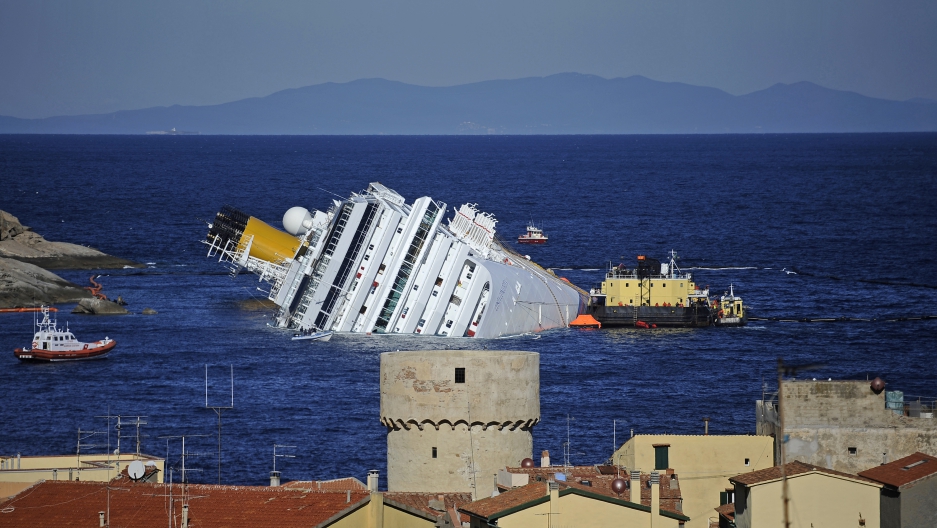 The stricken cruise liner Costa Concordia off the Isola del Giglio. The ship sank after running into a rock.
Credit: Filippo Monteforte
Share

Carnival Corp. said on Friday that its 2012 earnings would likely be down 82 per cent because of recent disasters that beset the world's largest cruise line.

The company posted a $139 million first-quarter loss, compared with a net income of $152 million a year earlier, according to Bloomberg.

Carnival has been plagued by accidents in the last several months, including the the grounding of the Costa Concordia ship off Italy in mid-January that killed at least 30 people.

The captain of the ship is facing manslaughter charges.

Another incident involving a Costa cruise ship - of which Carnival is the parent company - saw a fire that knocked out the electrical and sanitary systems, leaving the ship adrift in the Indian Ocean for three days before it was rescued.

According to Reuters, Carnival said its North American brands have fared better than its European subsidiaries such as the Costa group.

"As time passes, we are confident that our business will improve," he said.

The company said that bookings began to increase as the media storm after the disasters receded, with the Costa brand more signifcantly behind the others, said the BBC.