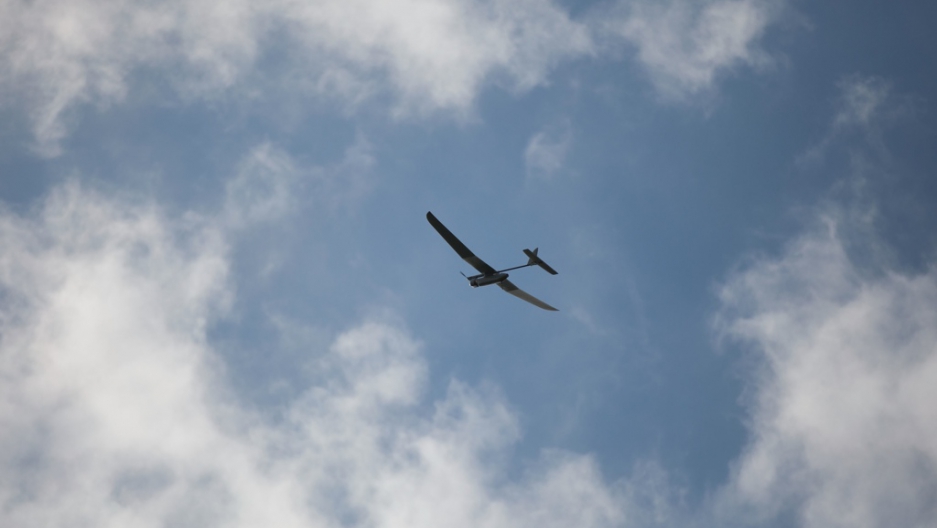 The next phase in the drone wars: figuring out how to take them down.
Credit: Uriel Sinai
Share

TBILISI, Georgia — A Mexican ex-military source reveals a devastating secret: Israel had slipped Moscow a code allowing it to hack and disable the military assets of an American-allied nation just before Russia invades.

No, it’s not the synopsis for the next Bond film. Rather, it's an allegation posed in one of the 705 emails from Stratfor, published last week by Wikileaks, which claims to possess more than 5 million emails from the private intelligence agency.

While most of the leaked emails were largely banal — one extended email chain chronicles the theft of a bowl of pesto tortellini from a Stratfor office refrigerator — this particular email exchange appears to pull back the curtain on a fascinating chapter of arms-trade intrigue.

In the lead-up to the eventual war between Russia and Georgia in August 2008, Russia put significant pressure on several countries that had been supplying Georgia arms. Russia leaned on Israel, which had been selling Georgia an array of equipment including Hermes 450 drones. If Israel did not renege on the deals, it was implied, Russia would sell advanced anti-aircraft platforms and other high-tech military goods to its enemies, Iran and Syria.

“Remember all the intense [meetings between] the Israelis and the Russians where the Russians got the Israelis to back off of defense deals to Georgia in return for Russia backing off Iran?” one Stratfor analyst wrote.

Moscow's lobbying appears to have worked. Eventually, Israel announced it would not be fulfilling its outstanding contracts with Georgia.

However, Israel and Russia continued to barter during and after the war, according to an exchange between two Stratfor analysts.

Irakli Aladashvili, editor-in-chief of the military journal Arsenali, said that while he did not possess specifics on the interactions, there was a great amount of discussions and business dealings between Israel and Russia around the time that Israel backed off its military sales to Georgia.

In the Stratfor email, an analyst said a source told him that Russia and Israel had agreed to swap “data link codes” for the drones Israel had sold Georgia, and for air-defense platforms Russia had sold Iran. With the codes, Russia could ostensibly hack and bring down the Georgian drones, and Israel would be able to penetrate or disable the Iranian anti-air missiles.

The source, a Mexican “ex-cop” and military analyst, was ranked “A” — Stratfor’s highest rank for source-reliability — and the intelligence item was also given the agency’s highest credibility rating, which Stratfor’s glossary defines as, "We can take this info to the bank."

Stratfor has refused to comment on the emails released by WikiLeaks, saying, “Having had our property stolen, we will not be victimized twice by submitting to questioning about them.”

Numerous intelligence officials have criticized Stratfor for the poor quality of its intelligence-gathering since the leaks. But a series of events in Georgia during this timeframe lend credence to this information.

As tensions rose between Georgia and its Russia-backed rebel territories, three to seven Georgian drones were downed over the breakaway region of Abkhazia from April-May 2008. Each side offered conflicting information on the number of incidents and aircraft involved.

This is where Stratfor’s Mexican source came in. According to the analyst, the source was consulting for a domestic defense contractor named Idra at the time, which had produced a line of high-end drones for export. He said the Georgian negotiators were interested in buying Idra drones “during and after the war,” because they had a special feature that made them invulnerable to being hacked.

Furthermore, the Georgians produced photos of one of their downed drones, or unmanned aerial vehicles (UAVs), that suggested it had not been simply shot down.

“[T]he Georgians gave Idra a picture of one of their crashed UAVs. The source explained though that if the UAV were targeted, it would have been blown to pieces pretty much (it's like the size of a car basically). But the picture he saw showed the UAV intact. He inquired and basically what happened was that the Russians acquired the data link to hack into the system and force the UAV into the ground. I think they may have crashed another one too,” the email said.

However, just because Georgia’s drones may have fallen to the earth intact does not mean they were hacked.

When a US spy drone was proudly presented by the Iranian government last year, claiming it had hacked and crash-landed it, a flight engineer involved in the US drone program told Aviation Week that it malfunctioned rather than crashed, which “should not be a surprise,” given the high rate of such incidents. A 2010 Los Angeles Times report found that the relatively new drone technology has been forced onto the battlefield with less than the usual amount of testing leading to dozens of expensive accidents.

At the time the Georgian craft were downed, Georgian leaders called for an international investigation into the incidents, claiming the drones were shot down by Russian fighters. Such a take-down would be a violation of the UN-imposed ceasefire, which regulated the types of forces each side could deploy in and around the conflict zones.

A subsequent UN report found that on at least one occasion, the drones had been shot down by Russian aircraft, citing one of the drone’s video transmissions showing it being hit by a missile from either a MiG-29 or Su-27 fighter. This would seem to debunk the theory that Russian military hackers had been forcing the drones to crash.

However, Dennis Gormley, a military expert with 10 years experience in the US intelligence community who now teaches at the University of Pittsburg, said that if Russia had the drones’ data codes, it could access the drone’s video feed or hack it with a virus in order to collect keystroke information from the operator controlling the drone.

A similar such virus was found to be recording keystrokes in the U.S. Reaper and Predator drone fleet last September, according to Wired magazine’s Danger Room blog.

“That would divulge information on the UAV’s flight route, which would make it more vulnerable to being shot down,” Gormley said. “Whether or not Russia could ‘take over’ the drone is not something I could speculate on. Just knowing its flight path is bad enough,” he said.

But a high-ranking NATO military official stationed in Georgia from 2007-2010, who spoke with GlobalPost on condition of anonymity because he was not authorized to speak with the press, said the Stratfor analysts got it wrong.

“When [I was] there, every Stratfor product I saw about Georgia was wrong, and this one is wrong too,” he said, and added, “Even if they are right, it’s meaningless,” because the action of drones played a small role in the war.

However, the official confirmed other information in the emails.

With Georgia’s military suppliers backing away and open conflict looking more likely, the Stratfor email exchange said that Georgia was “frantically” looking for replacement military equipment — particularly for its originally 40-strong Israeli drone fleet, which it believed was “compromised.”

“The Georgians were pretty much looking for anyone who would sell to them and were willing to pay top dollar (shows how frantic the Georgians were in July knowing that war is coming),” the email reads.

The NATO official said that it was fair to say the Georgians were “aggressive shoppers” at the time and “weren’t nearly as successful as they wanted” in acquiring the necessary equipment. However, he said the needs were great and far-reaching.

Press officials for the Georgian National Security Council said that none of the officials with knowledge of Georgia’s military procurement during this time were available for comment.