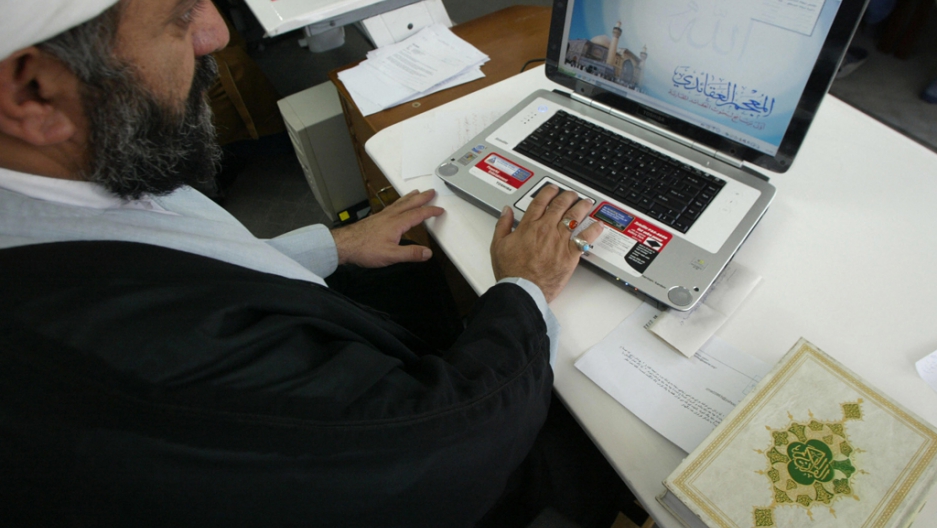 Iranian clergyman Nematollah Daneshmand works on his laptop with a copy of the Koran next to him at his office in Qom. The country has disrupted internet access ahead of national elections next week.
Credit: Behrouz Mehri
Share

Iran's supreme leader announced the creation of a Supreme Council of Cyberspace meant to "protect" Iranians from online dangers, as Ayatollah Ali Khamenei described the effort in a decree released today, the Associated Press (AP) reported.

The move comes as part of a broader effort by the the country's Islamic authorities to control online activity there, with Khamenei noting the "important impact of the Internet on individual and social life" in his decree, vowing that the new agency will "prevent damages caused by it," according to UPI.

The Ayatollah tasked the nation's president, currently Mahmoud Ahmadinejad, with supervising the new unit alongside other powerful figures in Iran's military, security, and political circles.

Such efforts show a growing anxiety on the part of Iran's leaders to control online activity in a hugely young country -- nearly two-thirds of the population are under 30 years old, many of them skilled at cirumventing the government's intermittent attempts to block popular sites like Facebook and Gmail.

Officials have also said they plan to launch an Iranian-built national search engine, "Yahaq" ("Oh Lord"), later this year, but it remains unclear when and how the new platform will function, said AP.