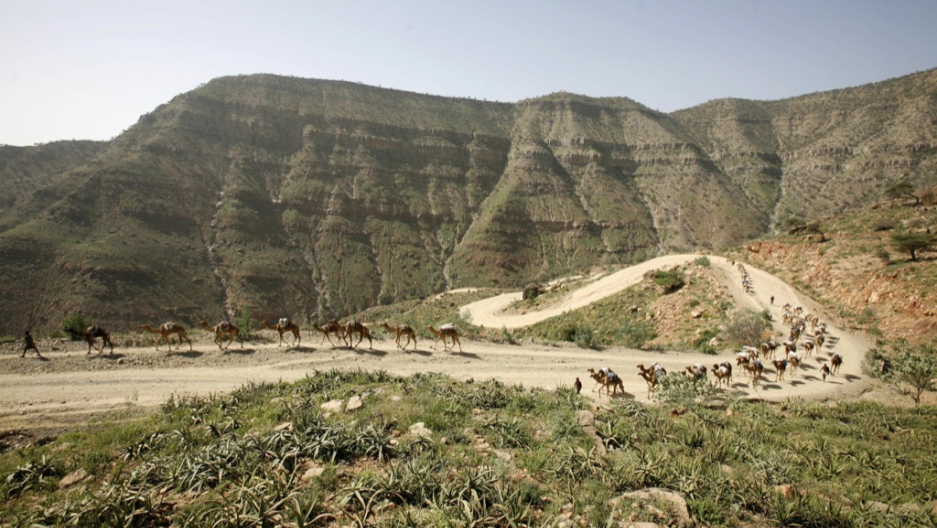 Rebels in Ethiopia say they have released two Germans who were kidnapped in January, Reuters reported.

The Afar Revolutionary Democratic Unity Front said it handed the pair to German Embassy officials in Afar, a remote region in northern Ethiopia.

More on GlobalPost: Ethiopia - Tourists kidnapped after five killed in attack near Eritrea

The Germans had been held in the harsh Afar desert, which Agence France Presse described as one of the hottest places in the world.

The rebels said they apologized to the kidnap victims, who were taken hostage on January 17 during a gun battle on the slopes of the famed Erta Ale volcano, in which five other tourists were killed.

The victims included two Germans, two Hungarians and an Austrian. Two Ethiopians were also reportedly kidnapped. Two other tourists, said to be Belgian, were seriously injured.

More on GlobalPost: Your body parts, made to order

Ethiopia blamed Eritrean-trained gunmen for the massacre, but Eritrea denied the accusations.

Ethiopian and German officials did not immediately comment on the tourists’ release.

The Afar Revolutionary Democratic Unity Front has been fighting a low-level insurgency near the Eritrean border, AFP reports, to end  "political marginalization" by Addis Ababa.