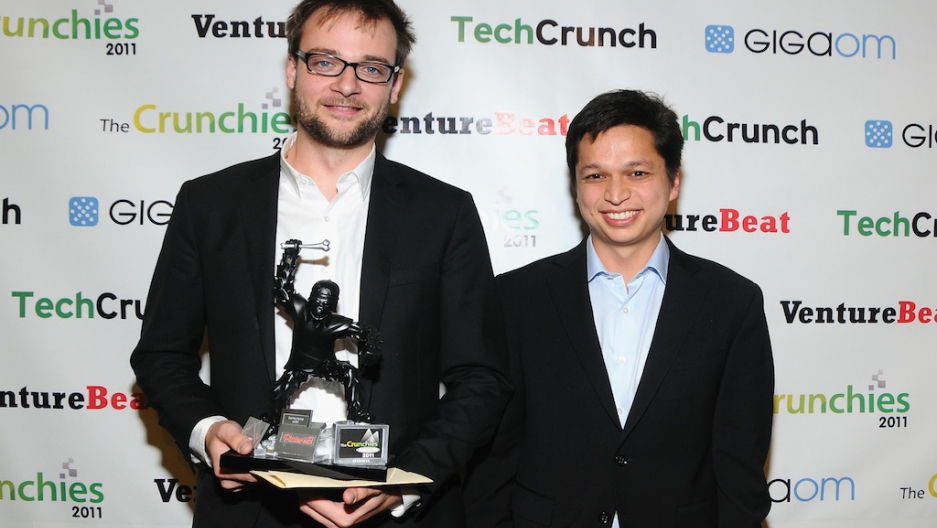 Pinterest co-founder Ben Silbermann responded to a lawyer who removed some of her pinboards out of fear of copyright infringement.

In a new blog post, the lawyer named "Kristen," said Silbermann was still trying to figure out an effective solution to avoid copyright infringement on the site.
Silbermann said "some changes are on the way in the very near future," she said. So, it looks like Pinterest is doing something to assess questions about whether the site is infringing on copyright.

Pinterest lets you "pin" images from other sites onto a virtual pinboard. But by pinning images, you might be infringing on ownership of those images by photographers or other artists who might not want their work shared.

A little more than a week ago, a lawyer named Kirsten wrote a blog post about how she deleted some of her pinboards because she browsed Pinterest's terms of service and found that the Pinners are solely responsible for content they pin to the site.

The story went viral, so Silbermann called her up. Things went pretty well.

"Alright, maybe that’s not a “date-date” but it WAS a phone date to discuss Pinterest and the concerns I raised in my last blog post. And it went well. He didn’t yell at me. He didn’t accuse me of being a hater," she wrote in a new post.

She wrote that Silbermann told her he was "basically a guy with a computer who had a vision" who "knows there are issues with Pinterest and the fear of claims of copyright infringement."

Silbermann asked her for suggestions on how to clarify the terms of service for Pinterest, she wrote.

"He wants to figure out a way to make “his little web page” (which he said his Dad calls it — I thought that was cute) work within the confines of the law AND in a way where photographers and every user feels comfortable," she wrote.

Business Insider: The 10 Countries With The Biggest Gold Reserves In The World

Bussinss Insider: One Simple Reason Why Health Care Costs More In The US Than Anywhere Else