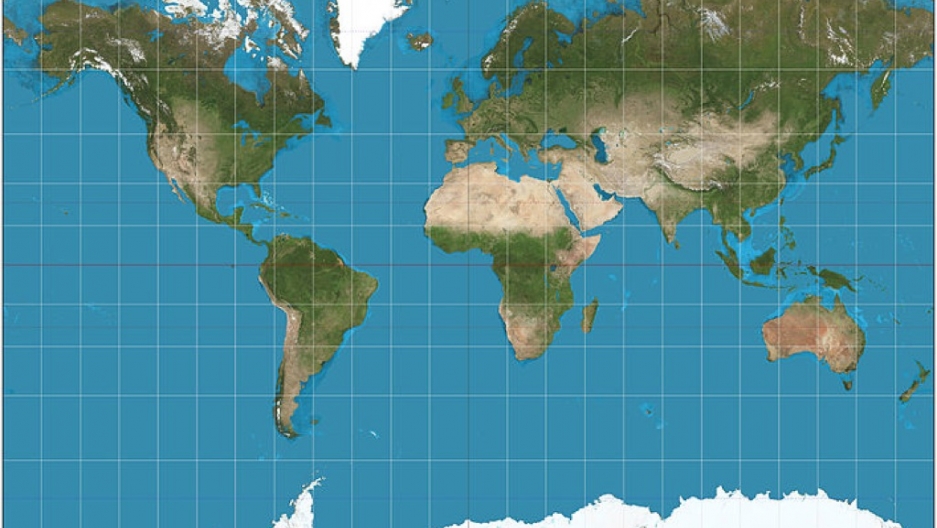 I am a map geek. Holidays and birthdays, my wife doesn't have to think too hard about what to get me: a map, preferably a facsimile of an old one of an area where I have just been on assignment.

Anyway, today is the birthday of the great Gerardus Mercator.  He was born 500 years ago today as Gheert Kramer in Flanders, now part of Belgium, then part of the Holy Roman Empire. Kramer means merchant in English, merchant in Latin becomes Mercator, and that's how he is remembered.

He moved to Duisburg in Germany, as his Lutheran tendencies didn't sit well in the Catholic world he was born into. He did time in prison for them.  His presence put Duisburg on the map, so to speak. It was Mercator who first used the term "Atlas" to describe a collection of maps.

I still don't quite understand why his famous Mercator projection of the world, with its distortions that make Alaska and Greenland look so enormous, works.  But it was the standard throughout the great age of navigation and exploration.

Nowadays it is less likely to be found on children's walls than maps which try and give a more correct set of size relations between the continents.  Africa and South America benefit from these projections. There are also topographical maps based on NASA surveys showing elevations of the great mountain ranges above and below sea level that are more popular than his original projection.

But the Mercator is the one that hooked me on the idea that the world was a big, amazing place - and it might have something to do with the fact that I chose a career that has taken me to many of the continents whose names and shapes I learned about staring into a child's Atlas a long time ago. So I say, Happy 500th Birthday, Gheert Kramer.