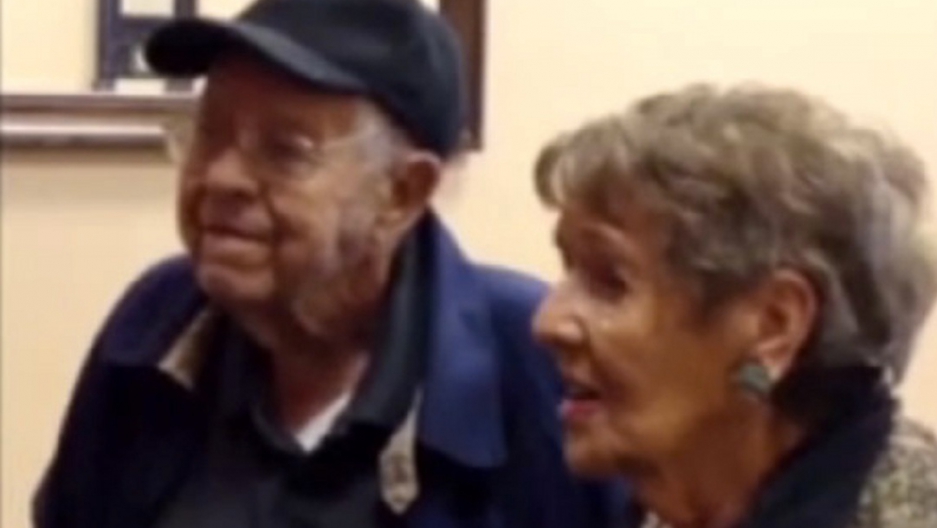 Two California newly-weds may have broken a Guinness World Record for oldest combined age of any couple on their wedding day.

The two -- 95-year-old Lillian Hartley and 98-year-old Allan Marks -- have a combined age of 193 years,eight months and three days.

NewsCore says they will officially beat  the previous record of 191 years and 126 days set by a French couple in 2002 once they provide proof of their ages.

Lillian and Allan Marks, who describe themselves as the "Romeo and Juliet of senior citizens" were married in a brief civil ceremony at the Riverside County Clerk's office in Indio, 26 miles east of Palm Springs, the Desert Sun reports.

More from GlobalPost: How the world gets married, in photos

"I don't know what will happen. I want to be together for all eternity, and I'm not taking any chances," the bride said of the ceremony, according to USA Today.

When told their marriage could set a record,  Lillian is quoted as saying:  “Honest to God? Oh, I can't believe it.  Oh, I'm impressed with myself.”

The Californian says that the couple are both widowers and first met at a temple in Palm Springs in 1994 on the Jewish holiday Yom Kippur.

"She didn't want a relationship, but he wooed her by saying he liked her dress and they spent the next 15 years, in their words, "living together in sin,"  the report says.