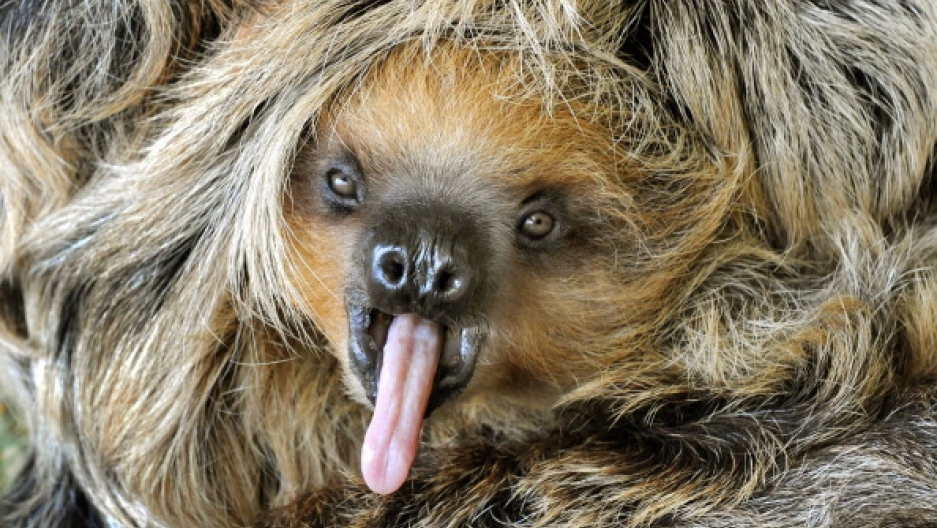 According to a new documentary airing on Animal Planet on March 4, sloths are not as lazy as we think.
Credit: WALTRAUD GRUBITZSCH
Share

By all intents and purposes, sloths might just take the honors for being every female species’ worst nightmare.

They're not only the world’s laziest animal.

Apparently the only thing they do quickly is sex.

And by quickly, I mean quickly.

The whole mating ritual is done, including foreplay, in about 5 seconds.

Then they proceed to get back to what they normally do – spending much of their lives upside down, hanging from the branches of a tree. And you thought excessive TV-watching was bad.

According to a new documentary "Meet the Sloths" airing Mar. 4 on Animal Planet, sloths are – surprisingly enough – an extremely sexually active animal.

The documentary takes viewers to a sloth sanctuary in Costa Rica, run by a “sloth whisperer” Judy Arroyo.

The sanctuary is home to some 160 sloths, many of them orphaned or injured.

Arroyo has only one rule: no sloth sex. She doesn’t need more sloth babies.

But here is the problem.

When the sanctuary females are in heat, they scream.

The screaming attracts wild male sloths from a great distance away to try their luck with the females.

According to the documentary, sloths are not only persistent. They can also be shockingly quick.

Who knew female screaming could have such powerful impact on male laziness?