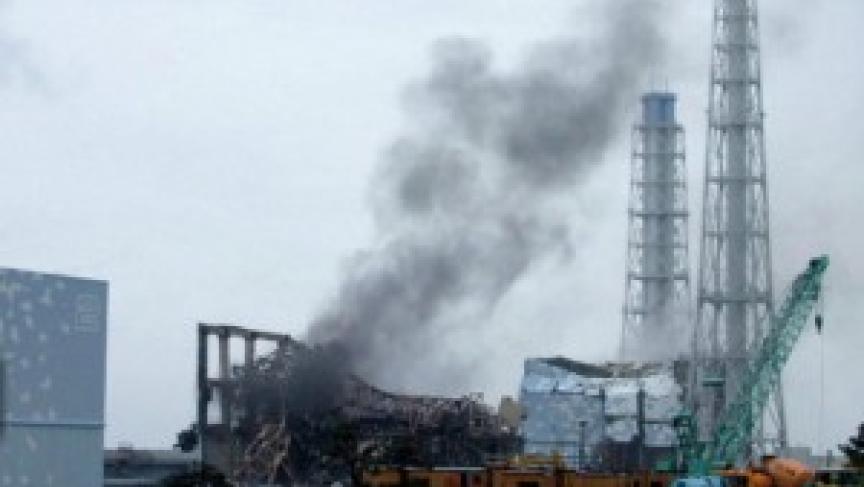 The Fukushima Daiichi nuclear power plant was a disaster after the March 11 earthquake & tsunami, but it could have been much worse a new report found. (Photo by Flickr user daveeza, cc-by-sa.)

The massive earthquake and tsunami on March 11, 2011 triggered an escalating series of alarming events at the Fukushima plant that ultimately resulted in a triple meltdown, large radiation releases from the plant’s reactors, and a massive evacuation of the surrounding area — that largely remains in place. It took weeks for engineers to gain the upper hand, and even today the plant remains only under tenuous control.

But the new report says things could’ve been much worse.

The six-month independent investigation found that government officials and even the plant’s owners were utterly unprepared for what was happening, and that their panic very nearly led to an even more massive disaster.

“The most scary part is that we were about to have that worst case scenario realiz(ed),” said Yoichi Funabashi, a highly-respected former newspaper editor who led the investigation for the Rebuild Japan Initiative Foundation.

The report says the government feared what one official called a “devil’s chain reaction” at the plant. Funabashi says that could’ve sent a plume of radiation 150 miles south over Tokyo, forcing an attempt to evacuate 30 million people.

In fact, Funabashi says, the government secretly began drawing up plans to do that, although he also said such an evacuation would’ve been impossible.

Funabashi says the nightmare scenario was only avoided through a combination of good luck and a key intervention by then prime minister Naoto Kan with the plant’s owners, known as TEPCO.

“As the situation had gotten worse, the operator, TEPCO, was contemplating abandoning that nuclear plant,” Funabashi said, “which really compelled the prime minister and his team to storm into the headquarters of TEPCO at 5:30 in the morning on March 15. And the prime minister told TEPCO not to abandon.”

“And that actually perhaps saved the whole operation,” Funabashi said.

The company denies that it planned to abandon the plant. TEPCO officials did not take part in Funabashi’s study, which involved 30 investigators and interviews with more than 300 people.

The report ultimately blames what Funabashi calls a “twisted myth of absolute safety” in the Japanese nuclear industry, which blinded it to its lack of preparation for an extreme event like the earthquake and tsunami.

And he said he’s haunted now by the realization of how close his country came to utter calamity last spring, something that he says was never conveyed to the Japanese people.

“Now we realize that Japan was really confronted with perhaps a very bleak picture, perhaps even an existential crisis in those critical days. I was not aware of that, even though I was a reporter, and I should’ve known better.

Funabashi says the big lesson of his study is that Japan needs to be much better prepared to avoid such a serious accident in the future.

A government spokesman acknowledged today that there had been some mistakes, and said that the government is conducting its own investigation into the disaster.