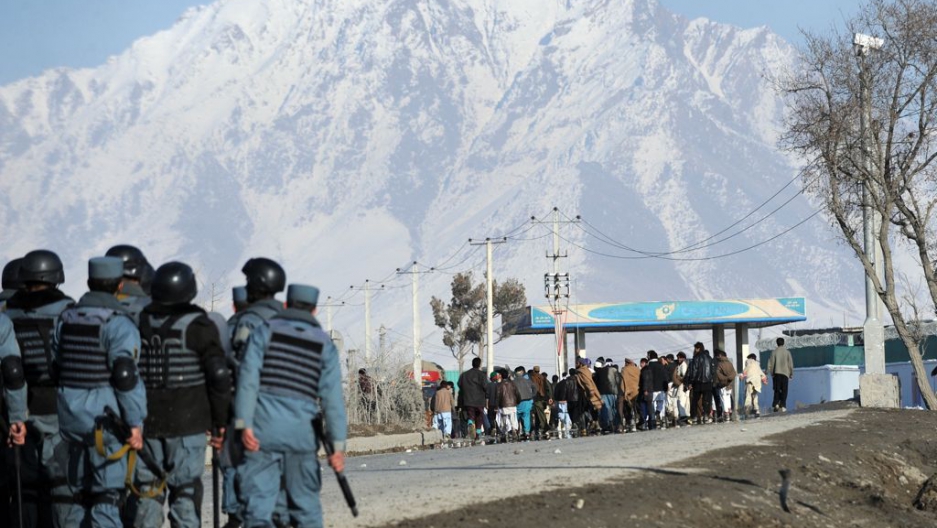 NATO has withdrawn all its personnel from Afghan ministries for security reasons after two senior US advisers were killed in a shooting at the interior ministry building in Kabul.

The casualties are believed to be a US colonel and a major. The Taliban claimed responsibility for the attack, saying it was carried out in retaliation for the burning of copies of the Qur'an at a NATO base in the country, according to Sky News.

Local media reports indicated that the gunman was an Afghan policeman, but NATO said the killer had not yet been identified or caught. The incident took place in the building’s main command and control center, the BBC reported. The heavily barricaded building in the center of the Afghan capital has now been sealed off.

In a statement, the International Security Assistance Force (Isaf) confirmed that two of its members had been shot dead. Gen. John R. Allen, the top NATO commander in Afghanistan, said: "We are investigating the crime and will pursue all leads to find the person responsible for this attack.”

“The perpetrator of this attack is a coward whose actions will not go unanswered,” he added, according to The New York Times.

The British Embassy in Kabul has also withdrawn civilian members and advisers from its instutitions within the capital.

The shootings came on another violent day in Afghanistan, as thousands took to the streets for a fifth consecutive day of anti-western demonstrations. Five died in clashes with police, officials said, bringing the death toll across the east of the country to at least 28, The Guardian reported. Many more were wounded.

US President Barack Obama has apologized over the affair, but many Afghans are resentful over an incident they see as symbolic of a broader attack on their religion and culture. Protesters on Friday burned an effigy of the US leader during a demonstration east of Kabul.