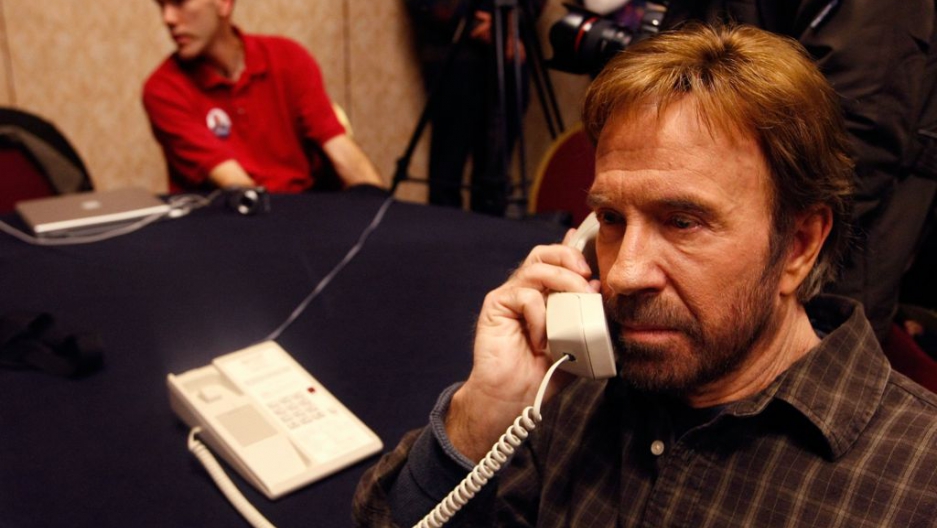 "Get me Slovakia on the line..."
Credit: Justin Sullivan
Share

The Slovakian public has spoken as if with one voice, and said: "Chuck Norris."

The original tough guy is the frontrunner in an online poll to decide the name of a new bridge over the Morava river between Slovakia and Austria, Reuters reported.

As of Thursday, Norris had 1,157 votes – 74 percent of the total – while his closest competitor, Austro-Hungarian empress Maria Theresa, was trailing with just 8 percent.

"The actor's work has become a popular source of kitschy fun among Slovaks and a mainstay for local jokes about macho strength and invincibility."

It will be up to regional authorities to decide whether to follow the wishes of Norris's internet supporters, but regional governor Pavol Freso told Reuters he would respect the people's choice.

Not quite so in Hungary, however, where The Daily Show's Stephen Colbert and Jon Stewart topped a ballot to decide the name of a new bridge in Budapest: the structure ended up with the less topical name "Megyeri Bridge," RIA Novosti reported.

Will Chuck Norris be so easily defeated? Will he heck. You know what they say: Chuck Norris crosses that bridge before he comes to it.