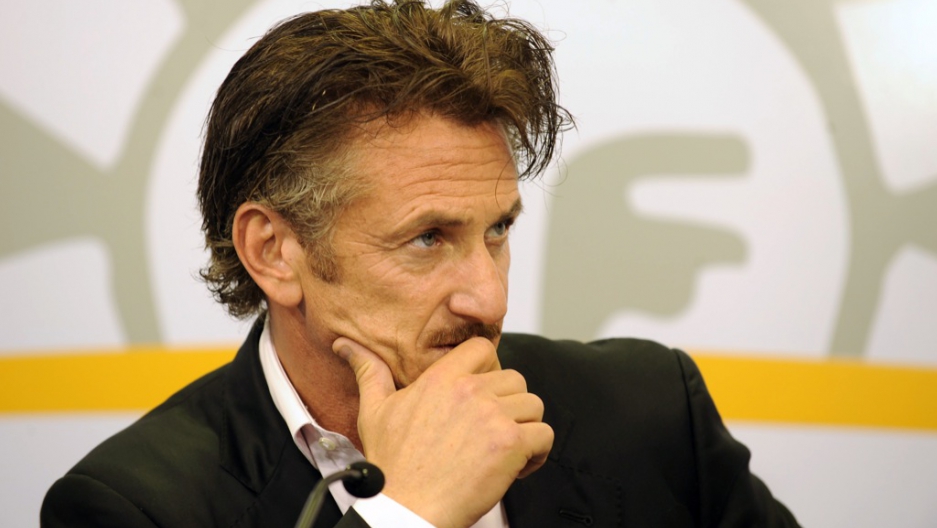 It is Sean Penn's curse to be a man of multiple extraordinary talents. He is arguably the greatest actor of his golden generation (This includes: George Clooney, Johnny Depp, and Brad Pitt - all of them born within three years of each other). The films he directs show a deep understanding of the parts of American society that tend to be examined only in the songs of Bruce Springsteen and Steve Earle.

Yet somewhere inside Sean Penn there is an op-ed columnist or Pacifica radio talk-show host yearning to break free.

Penn's vociferous activism for left wing causes frequently takes the shape of advocacy journalism. This explains his recent interest in the revived British-Argentine dispute over the Falkland Islands, or Las Malvinas, as Argentina calls them, which broke out recently while the actor was in Buenos Aires. Penn made some comments about Prince William's current deployment to the Falklands as an example of "archaic colonialism."

Needless to say the star's words caused a ruckus in the British press. If he wanted Britain to give the islands back to Argentina, The Daily Telegraph suggested, Penn might want to consider giving his Malibu estate back to Mexico.

In an opinion piece in today's Guardian, Penn tries to explain himself. It's a one-man against the barroom assault. He manages in under a thousand words to take swings at the Pinochet and Argentine dictatorships, American backing for those two horrors, the right wing British press, and the oil industry. On the latter he has a point. Oil has been discovered around the Falkland Islands, potentially lots of it. The thirtieth anniversary of the conflict has revived public interest but it is the potential oil revenue that will drive any diplomacy on the islands future.

Here's a taste of Penn's essay:

" … when I used the term "archaic colonialism" in my remarks, it was not, as so ubiquitously misreported, a call for the repatriation of British subjects, but rather to question the deployment of Prince William to that area of operations where many British and Argentinean mothers and fathers had lost sons and daughters. With the deployment of the prince, whose task is helicopter search and rescue missions from an island colony with a population of about 3,000, there is the automatic deployment of warships. It is difficult to imagine that there is no correlation between the likely discovery of offshore oil reserves and the message of pre-emptive intimidation being sent by the UK to Argentina."

He ends the article, "God Save the Queen."

I'm not sure he means that ironically or not.