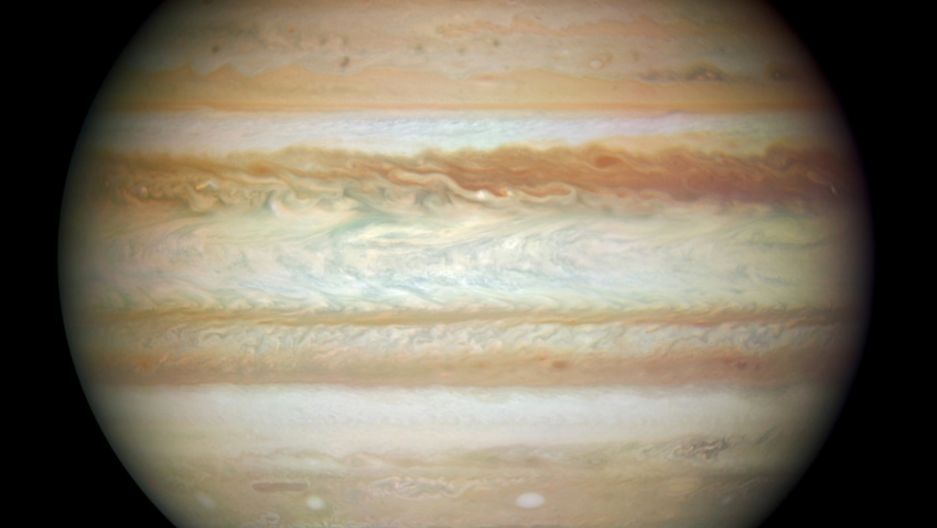 In this image provided by NASA, the planet Jupiter is pictured July 23, 2009 in space.
Credit: NASA, ESA, and the Hubble SM4 ERO Team
Share

CoRoT-20b, a new planet that baffles astronomers by defying current theories for how planets form, orbits close to a sunlike star, according to National Geographic.

The planet, which is four-fifths the size of Jupiter, was discovered 4,000 light-years away, reported French site MaxiSciences. CoRoT-20b is thought to be a gas giant and, despite it's relatively small size, it has four times Jupiter's mass, making it one of the densest known planets.

This causes a problem for astronomers, who are baffled by how CoRoT-20b formed, according to National Geographic. If the new dense planet has the same structure as a traditional gas giant — a solid core surrounded by a gassy atmosphere — the planet's core would make up 50% to 77% of its total mass. Jupiter, on the other hand, represents only 15% of its own mass.

CoRoT-20b defies current theories for how planets form, according to MaxiSciences.

More from GlobalPost: Every star in Milky Way galaxy has at least 1 planet, say scientists (PHOTOS)

Astronomers think planets are born from disks of debris that surround newborn stars, reported National Geographic. In our solar system, the sun's so-called protoplanetary disk created several worlds and still had leftovers from planet formation, which are now known as asteroids and comets. The new study, however, says that CoRoT-20b had to have sucked up every atom of material heavier than helium from its star's protoplanetary disk to form its baffling core.

"That is something difficult to understand, and to admit," said study leader Magali Deleuil, of the Laboratory of Astrophysics in Marseilles, France, to National Geographic.

Another possibility, Deleuil told National Geographic, is that CoRoT-20b represents a completely new class of planet. That would mean that its heavy elements mixed throughout its atmosphere rather than embed themselves into a central core.