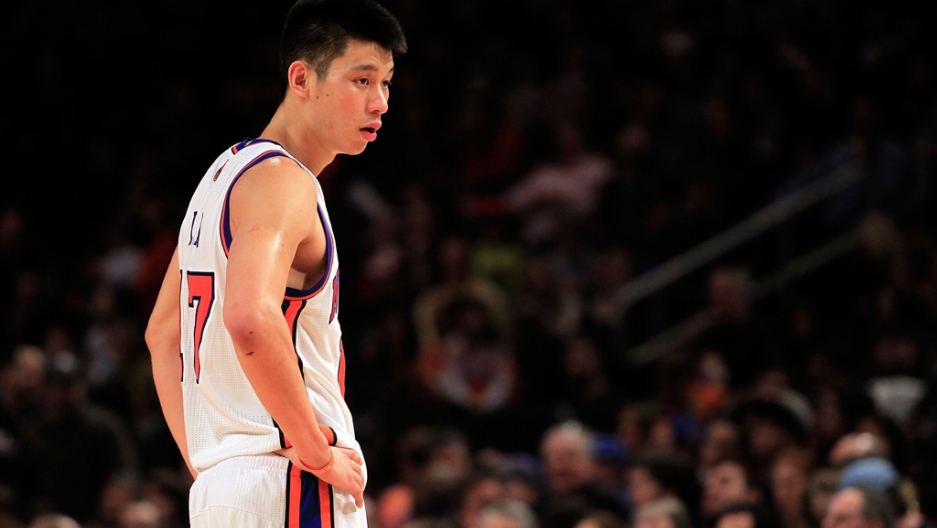 Jeremy Lin of the New York Knicks has filed a trademark for the term "Linsanity," following two trademark filings for the term by separate men.
Credit: Chris Trotman
Share

Jeremy Lin is seeking a trademark for the term "Linsanity," Bloomberg reported.

The Taiwanese basketball player, who who has rejuvenated the New York Knicks over the last two weeks, filed an application with the US Patent and Trademark Office on February 13, according to Bloomberg.

Lin's trademark application follows two separate applications to trademark the term. One was made on February 7 by Yenchin Chang, and another on February 9 by Adam Slayton, according to Bloomberg.

Chang, an import-export businessman from Alhambra, California, was the first to file a trademark application for goods and services, including clothing merchandise, the International Business Times reported. Slayton, a physical education teacher from Los Altos, California, filed a similar request, and currently owns the domain "linsanity.com," where he sells Lin-related merchandise.

According to US federal trademark law, if a term being trademarked is associated with a living person’s name, that person must give their permission, Forbes reported in a guest post by Kenneth Liu, an intellectual property and internet law attorney at Gammon & Grange lawfirm in McLean, VA.

If the person in question is well known, as is now the case with Lin, many states grant a right of publicity that may be violated by someone attempting to use his name commercially without permission, according to Liu.

More from GlobalPost: Before Jeremy Lin: 5 Asian athletes who starred on the world stage (PHOTOS)

Regardless of who wins the right to register “Linsanity” as a trademark, Jeremy Lin fans and sports commentators can still continue to use the phrase, Forbes reported. Owning a trademark does not give the owner the right to stop others from using the term generically, but only from using the same term or any similar term to sell goods or services already sold by the trademark's owner.

Lin is the first Harvard University graduate to play in the National Basketball Association since Ed Smith in 1953, and the first Chinese- or Taiwanese-American to ever play in the league, according to Bloomberg.

"Linsanity" has been coined to reference Lin's meteoric rise to stardom. He first caught national attention when he came off the bench February 4 to score 25 points and garner seven assists in a win over the New Jersey Nets. Lin has since led New York to six straight wins, and increased television ratings, ticket prices and worldwide interest in basketball, Bloomberg reported.

Lin’s trademark filing seeks to use "Linsanity" for goods such as bags, cups, clothing, toys and beverages.