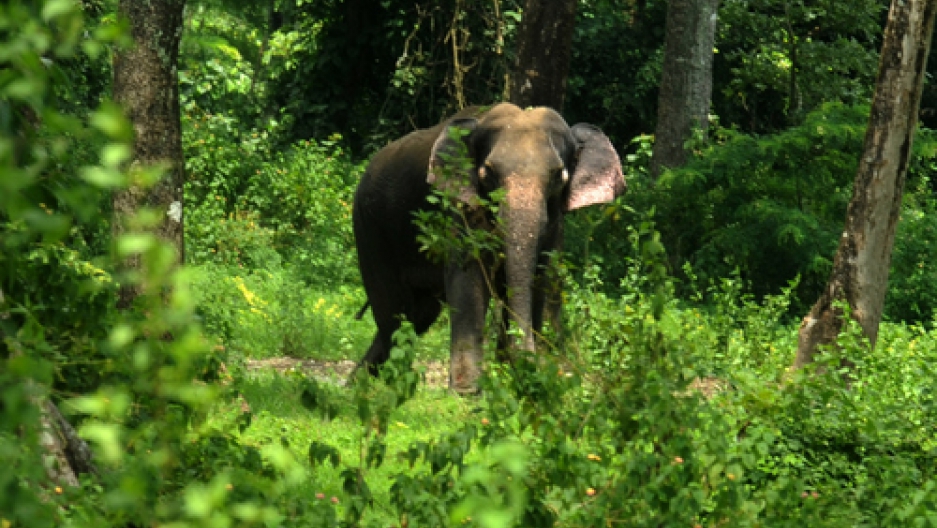 India's ministry of environment and forests (MoEF) has agreed to allow companies to build power and infrastructure projects on 25 percent of forest land that was earlier categorized as a no-go area, after an intervention from the prime minister.
Credit: STR
Share

India's mostly fictitious forests took another hit, as the environment ministry cleared mining and power companies to exploit 25 percent of forest land it had previously designated a "no-go area," at the prompting of the prime minister.

Don't get me wrong: I like electricity as much as the next guy. And I understand that India needs coal and power to fuel its economic growth -- and all the benefits that come along with it.  But given the grim reality of the typical environmental impact assessment exposed by Business Today's Anusha Subramanian last year in "The Green Trick," and the fraudulent statistics on so-called forest cover exposed by Jay Mazoomdaar in Tehelka last week, my fears about what India may look like 10 or 20 years from now are mounting.

According to the Hindustan Times, the PM intervened to open up the forest tracks on behalf of 30-50 new infrastructure projects, which are slated for environmental approval within 60 days and forest approval in six months, after meeting with a group of industrialists including Ratan Tata. But while it's all too reasonable to expect the environment ministry to clear projects in less than six years -- as the industrialists complain is the case -- it's a mistake to erase the line in the sand drawn by former minister Jairam Ramesh.

The HT writes that more than 100 NGOs from across the country will meet in Delhi this weekend to discuss ways to protect India's dwindling forest cover and degrading natural resources, which is all well and good, considering that the Centre for Science and Environment has noted that clearances for new projects have exceeded the visions of the 11th and 12th five-year plans.

But NGOs can only do so much when multi-billion dollar businesses and the government itself are conspiring to obscure what is happening.

As Subramanian writes, EIAs are habitually manipulated to show that projects are viable. Investigator Sagar Dhara, for instance, was able to find projects that were given the green light before it was even determined where they would be located, EIA documents lifted verbatim from reports prepared for other projects (or in other countries), and more than a few that seemed made up altogether.  Yet, "the routine manner in which the government clears them is also alarming," Subramanian explains. "According to government data, the MOEF cleared most of the 2,746 EIAs filed in the two-year period beginning September 14, 2006, the day a new EIA notification came into force. The data was collected by the EIA Environment Resource and Response Centre, or ERC, an initiative of the New Delhi NGO LIFE, through a Right to Information Act application."

At the same time, as Jay Mazoomdaar points out, the forest department is fudging its statistics on forest cover. According to these officials, India's forests have actually thrived and even expanded during the past 60 years, even as the country's population increased by three and a half times.  According to the latest State of the Forest report (concocted since 1987) India's forests have grown by 49,986 sq km (7.78 percent) in the past 25 years.  Even lovely and pastoral Delhi, where "potholes are perhaps the only water bodies left," boasts 56 sq km of "dense forest."

Of course, the truth is that most of those "forests" are actually wastelands or plantations, and with moves like the PM's to eliminate no-go areas, the government is actually encouraging the destruction of natural forests, while using the forest "industry" to hide their disappearance.  As Mazoomdaar puts it:

"Non-government researchers such as Jean- Philippe Puyravaud and Priya Davidar of Pondicherry University, and William Laurance from James Cook University, have found that plantations are expanding by 6,000-18,000 sq km per year in India. The native forests, on the other hand, are declining rapidly, at a rate higher than that of either Brazil or Malaysia."