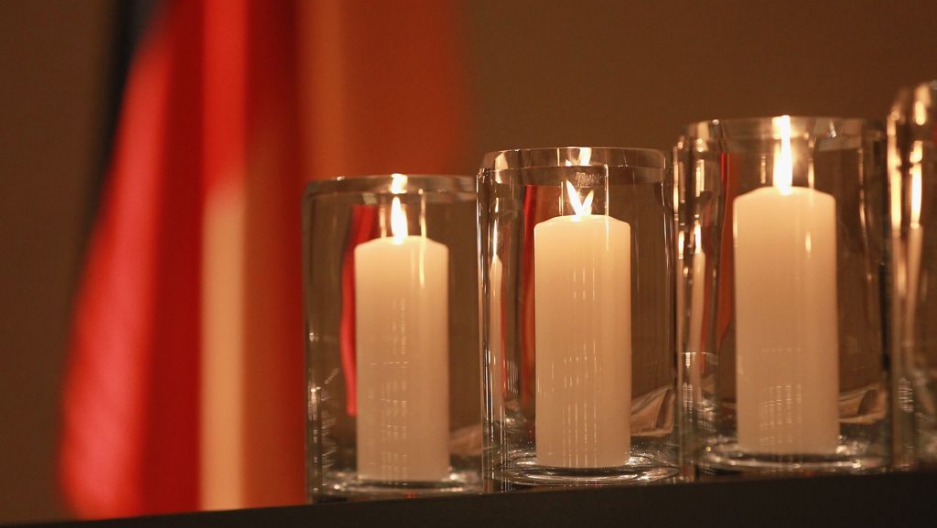 Candles were lit in a symbolic tribute to the ten known victims of a neo-Nazi terrorist gang at an official memorial ceremony on Feb. 23, 2012 in Berlin, Germany.
Credit: Sean Gallup
Share

BERLIN, Germany — Chancellor Angela Merkel led a tribute today to the victims of a neo-Nazi terrorist gang, whose serial racist murders she said had brought "shame upon our country."

The extent of the crimes was discovered three months ago, when the existence of a group of far-right extremists calling themselves the National Socialist Underground came to light following the death of two of its leaders. A surviving member confessed to taking part in the murders of ten people between 2000 and 2007, nine of them immigrants and one a policewoman.

"They are a disgrace to our country," Merkel said at a solemn memorial ceremony in Berlin's Konzerthaus on Thursday. The event was attended by some 1,200 members of the German government and relatives of the victims, the Berliner Morgenpost reported.

Merkel urged Germans to be vigilant against far-right extremism, citing Edmund Burke's famous warning: "All that is necessary for the triumph of evil is that good men do nothing."

The chancellor also apologized to the victims' families for failings in the police investigation into the murders. Authorities were criticized for initially treating the deaths of the foreign victims – eight Turks and one Greek, all small business owners – as gang-related.

"We could not grieve in peace," said the daughter of one of the victims, Semya Simsek, in an emotional address. "We couldn't be simple victims. There was always the suspicion that someone in the family could have been responsible, or that my father [Enver Simsek] might have been a criminal."

She said the experience had made her question, as never before, whether Germany was still her home. According to the Spiegel Online, she plans to emigrate to her father's native Turkey later this year.

In a symbolic tribute, 12 candles were lit, one for each of the lives lost, one for all victims of right-wing violence, and one for "shared confidence and hope," the Berlin Zeitung reported.

The ceremony was followed by a nationwide minute of silence.