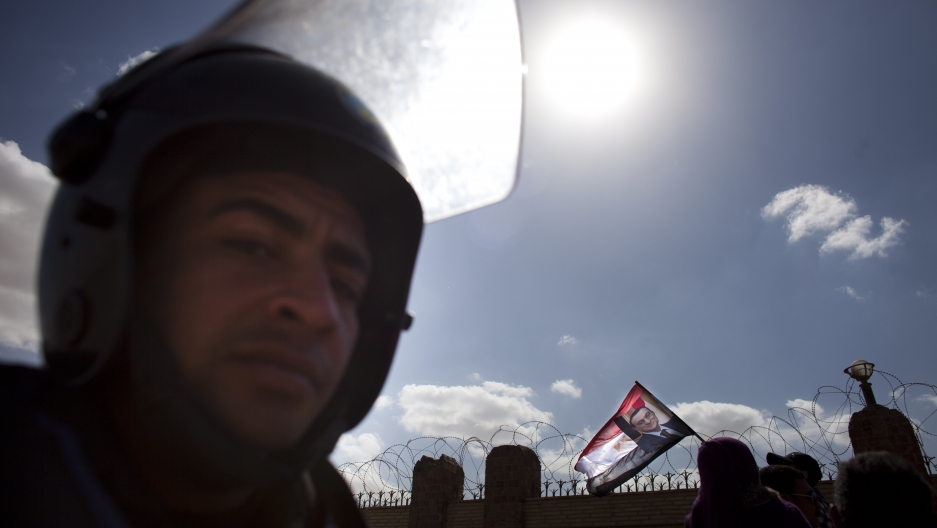 Only in Egypt. Policemen disgruntled over interior ministry restrictions on beard-growing have reportedly started a Facebook page calling for more freedom for their facial hair.

Some here in Egypt are worried the fresh calls for beards - which are grown to emulate Islam's Prophet Mohammed - are a sign the Islamists have been emboldened after securing a majority in parliament following President Hosni Mubarak's ouster.

The new Facebook page, titled “I Am a Bearded Police Officer”, was created following the suspension yesterday of one Egyptian policeman who refused to shave.

The page creators say they are 18 policemen "forced by the Interior Ministry to shave every day," which they say is a “violation of the teachings of religion," according to Egypt Independent, a local English-language daily.

A spokesman for the Salafi Al-Nour party, Nader Bakar, said reprimanding police officer's for going unshaven is against sharia law, and that the Prophet Mohamed and his companions led the world's best armies while bearded, Egypt Independent reported.

The beard debate might seem silly, but it strikes at the heart of a decades-long controversy over Islamists and Egypt's security forces.

Dating back to the time of Egyptian President Gamal Abdel Nassar, the formal Egyptian security apparatus has been highly suspicious or even downright hostile to the Muslim Brotherhood and other Islamists, banning them as activists and jailing their leaders.

More from GlobalPost: In Egypt, the police force is up for grabs

Allowing the bearded faithful to swell the ranks of the police force probably seems like quite a concession.

On Monday, the current minister of interior, Mohamed Ibrahim, said he did not feel the police force - widely hated and associated with Mubarak-era corruption - needed to be "purged" of its most tainted officers.

GlobalPost reported today that "it may be those who end up at the helm of the vast security apparatus nurtured under Mubarak, but which largely withdrew from the streets following his ouster, who become the ultimate powerbrokers of post-revolution Egypt."

In the meantime, here are some of the world's most famous beards.