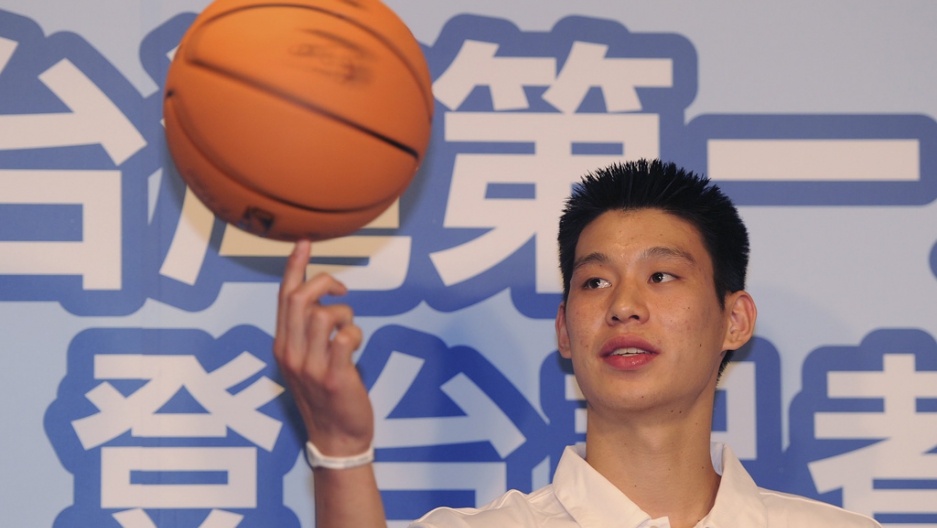 Jeremy Lin balances a basketball on his finger during a press conference in Taipei on July 28, 2010. Lin accompanied Yao Ming on a two-day trip to Taipei to promote the Yao Foundation Charity Tour.
Credit: SAM YEH
Share

ESPN has fired the writer who penned a headline over the weekend calling New York Knicks sensation Jeremy Lin the "chink in the armor" in the team's streak-stopping loss to the Charlotte Hornets.

Anthony Federico apologized Monday, calling the gaffe "an honest mistake" in an interview with the New York Daily News.

It was posted to ESPN's website for 35 minutes Saturday morning before being removed, CNN reported.

The sports network also issued an apology and suspended anchor Max Bretos for 30 days for using the expression last week when he asked Knicks legend Walt “Clyde” Frazier on air about Lin, according to the Daily News.

“If there is a chink in the armor, where can he improve his game?” Bretos asked.

“They've apologized and so from my end, I don't care anymore,” Lin told the Daily News on Sunday after leading the Knicks to their eighth win in nine games. “You have to learn to forgive, and I don't even think that was intentional."

More from GlobalPost: Taiwan: Linsanity persists despite the end of the Knicks' winning streak

Lin, a 23-year-old of Taiwanese descent, came off the bench earlier this month to guide the Knicks to win after improbable win, causing "Linsanity" around the globe.