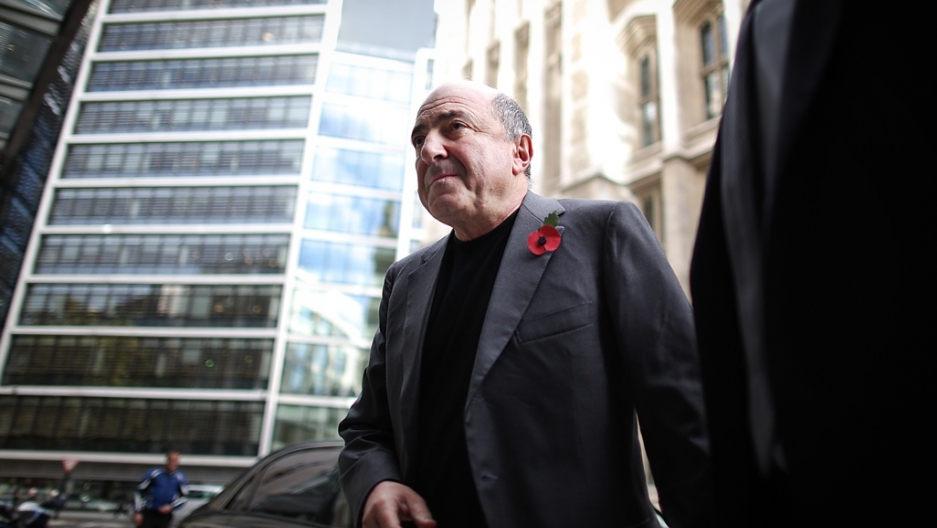 LONDON — The disputes playing out in London courts increasingly feature tough guys with private jets who deploy armies of attorneys to fight over obscene piles of cash. What they lack, however, is British plaintiffs or defendants.

London has become the battleground of choice for big business disputes emerging from Russia and countries that once belonged to the Soviet Union, a group known as the Commonwealth of Independent States, or CIS.

As these countries’ economies grow and globalize, post-Soviet businessmen increasingly shun local judicial systems, which often lack experience and are riddled with corruption.

Instead, they take their disputes to international courtrooms and arbitral tribunals.

Many of the legal narratives from this newfangled world of offshore lawyering read like the scripts for gangster movies.

Read more: Why is Russia prosecuting a dead man?

For instance, self-exiled millionaire Boris Berezovsky reportedly wedged himself through the legs of an special forces-trained bodyguard at the Hermes store on London's posh Sloane Street, to serve oligarch Roman Abramovich a court writ informing him of a $6 billion lawsuit.

“I’ve got a present for you,” Berezovsky declared as he handed Abramovich the suit, the most expensive to ever be tried in Britain, according to the Daily Mail.

In another case, Kazakhstan-based BTA bank has been litigating with former chairman Mukhtar Ablyazov, for allegedly embezzling nearly $5 billion from the now-nationalized financial institution. The case involves nine lawsuits and more than 50 lawyers, the largest number to ever work on a case in British legal history, experts say.

Ablyazov, who fled to London in 2009, was found guilty Thursday of failing to disclose more than $50 million worth of assets, including posh properties in London and Moscow and 600 shell companies, after being ordered by the court to do so.

Ablyazov, who faces 22 months in jail, did not attend the hearing Thursday, sparking rumors that he fled England. Ablyazov’s brother-in-law, also involved in the case, has already been sentenced to 18 months in prison on similar charges. His location remains unknown.

Read more: Can anyone defeat Putin in the upcoming election?

Separately, Uzbekistan-born Israeli businessman Mikhail Cherney is scheduled to meet in court this April with Russia’s "aluminum king" Oleg Deripaska. The $4 billion suit charges that Deripaska cheated Cherney out of his shares in Rusal, the world’s biggest aluminum producer.

In an odd twist, Cherney will give his testimony by video: he is wanted by Interpol for money laundering and organized crime.

More than half of cases in the British High Court commercial division, where a number of this type of cases are fought, involve clients from Russia and elsewhere in the CIS, according to several expert estimates.

A third of all cases at the London Court of International Arbitration, which gets the majority of business disputes because of its speed and confidentiality, involve a Russian-speaking party.

The International Commercial Court also gets its fair share.

The scuttlebutt among London lawyers says that the Kremlin has encouraged litigants to stop fighting their battles in the UK, concerned about how the sheer volume of high-profile litigation in English courts reflects on Russia.

The Kremlin denied any knowledge of such efforts. “It’s not so great that they are suing each other, but everyone is free to decide where to litigate,” a Kremlin spokesperson said. The Stockholm Arbitration Tribunal has long been a popular venue for CIS cases, but London has now taken the lead.

Many post-Soviet executives have bought residences in London, have become involved in local commerce or moved their families there. And CIS companies are often listed on the London Stock Exchange. The bulk of the CIS cases come from Russia, Ukraine and Kazakhstan, lawyers said.

Events in the cases are usually dramatic, with clients battling over every point, said Alastair Shaw, a Swan Turton commercial litigation partner who has worked with CIS clients in the past.

In court, the CIS cases are complex, involving oral contracts, networks of close family and friends and webs of offshore businesses. Executives from CIS nations, fearful of routine government raids, are among the top clients when it comes to registering businesses in such places as Cypress or the British Virgin Islands, where they can store assets more securely, legal experts said.

While there are no official estimates, lawyers said the disputes are a multi-billion dollar industry. The average legal fees run several million dollars per case, and the number of cases has been growing. Berezovsky’s legal fees alone are reportedly 100 million British pounds ($153.5 million).

The High Court commercial division moved into a new state-of-the-art 300 million pound ($460.6 million) building in October. The building houses 31 courts and is adorned with a glass staircase and modern art.

English law is often used in business contracts across the CIS for its reliability, independence and established reputation. With capital flight of over $80 billion and Russia’s overworked courts and arbitration tribunals, the disputes are likely to stay in London for years to come, experts say.

In the early part of the last decade there was an influx of cases filed in American courts, mainly in New York. But most were turned away because judges ruled that the United States lacked jurisdiction over them, said Glenn Hendrix, an Atlanta-based partner at Arnall Golden Gregory, a law firm that specializes in business disputes.

American courts demand a tighter connection when it comes to accepting foreign cases than the British courts. Moreover, many more oligarchs and businessmen from the former USSR live in London than in New York.

But the number of CIS disputes is growing in the United States as well, Hendrix said. Arnall Golden Gregory, for example, recently hired a lawyer who, “does nothing but Russia and CIS work,” Hendrix said.

“We see potential,” he said.