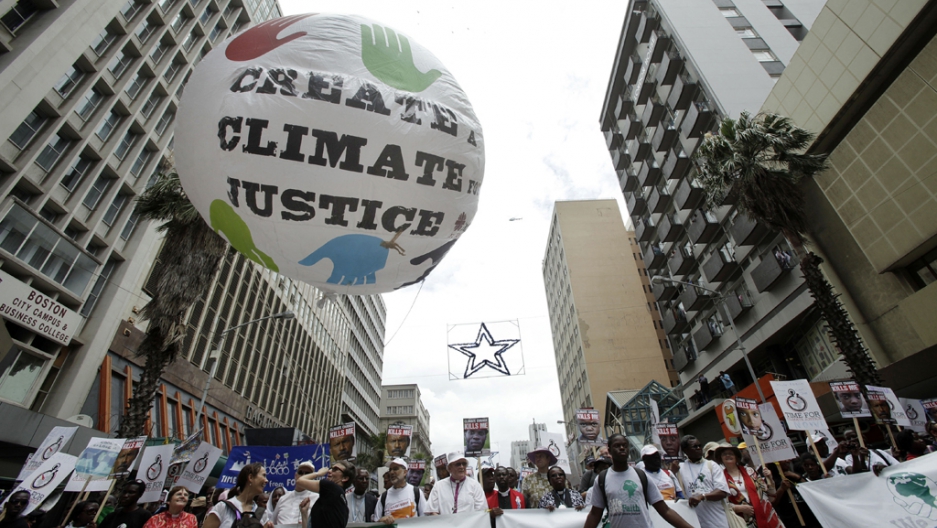 Heartland Institute, a think tank in Chicago known for its undermining of climate change, announced Wednesday that leaked lists of high-profile donors and details of future projects to discredit global warming were "stolen" and that at least one was fake, according to a statement from the organization.

The stolen documents appear to have been written by Heartland’s president for a board meeting that took place on January 17, according to the statement, and Heartland has not confirmed their authenticity.

The think tank has said that one document, titled “Confidential Memo: 2012 Heartland Climate Strategy,” is "a total fake" intended to discredit The Heartland Institute.

The documents also outline the organization's plans to implement a curriculum to undermine climate change instruction in American public schools, according to the DeSmogBlog, which broke the news of the leaked documents on Tuesday.

The Institute said it was still working to confirm the authenticity of the other documents, although it alleged that some of them appear to have been stolen “by an unknown person who fraudulently assumed the identity of a Heartland board member and persuaded a staff member here to ‘resend’ board materials to a new email address," Politico reported.

It also asked that news outlets refrain from reporting on the documents.

However, The New York Times reported that the organization is "best known for attacking climate science."

The purported Heartland documents are “a window into the greatest fraud ever perpetrated on humanity in the modern era," said Brendan DeMelle, managing editor of the DeSmogBlog. “It's Denialgate if there ever was one.”

"These documents speak for themselves," Dan Lashof, director of the Natural Resources Defense Council's climate and air program, told Politico.

The documents also show that the Institute has received donations from some of the country's biggest corporations, including Microsoft and GlaxoSmithKline, a multinational drug company that contributed $50,000 in the past two years to support a medical newsletter, according to Slate. Several of the companies have long favored action to combat global warming, and hastened to disassociate themselves from the organization and the leaked documents.

“We absolutely do not endorse or support their views on the environment or climate change,” said Sarah Alspach, a spokeswoman for GlaxoSmithKline, according to the Times.