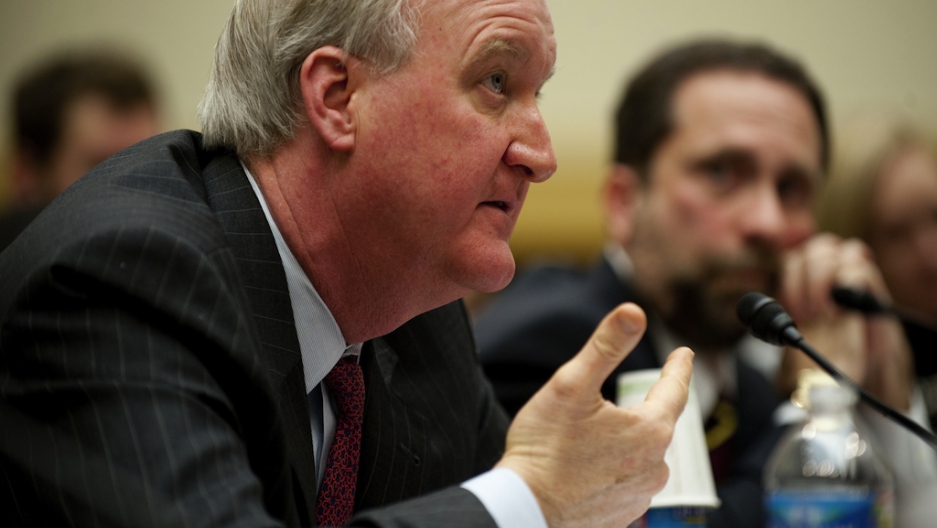 The heads of the four US NGOs ensnared in a legal debacle over American aid in Egypt testified to the House Committee on Foreign Affairs today, in a session that drew frank questions from representatives over the future of financial assistance to Egypt.

In one lighter admission, the president of the National Democratic Institute (NDI), Kenneth Wollack, said the infamous maps discovered in a raid on one of the offices, and that investigating judges said indicated the NGOs planned to divide Egypt, were actually maps printed and distributed by the Egyptian government's own High Elections Commission (HEC).

Photographs of mosques and churches, which Egyptian government officials have hinted proves a plot to sew sectarian strife, were used by one organization in their religious tolerance portion of their civic education class.

More than 40 NGO workers, including 19 Americans, were recently referred to a Cairo court for their work with politically-minded organizations one Egyptian official said had tried to "hijack" the Egyptian revolution.

Fayza Aboul Naga, the Mubarak-era Minister of International Cooperation, was named by the head of the International Republican Institute (IRI), Lorne Craner, as the "ringleader" of the NGO crackdown, but said the issue now goes much further than her and is calling into question the entire US-Egypt relationship.

The president of Freedom House, David Kramer, told House committee members that if the crisis is not resolved, that the US should suspend $1.3 billion in aid to Egypt's military.

The Muslim Brotherhood, whose political arm secured a near majority in parliament, said if US aid was halted, they would revisit Egypt's peace treaty with Israel.

Read more from GlobalPost: Muslim Brotherhood backs crackdown on US nonprofits in Egypt

Craner quipped that $1.3 billion is "not a whole lot of money to go to war for."

"Why are people so ungrateful in Egypt?" one US representative asked.

"Because they never saw any of the money," Craner replied.