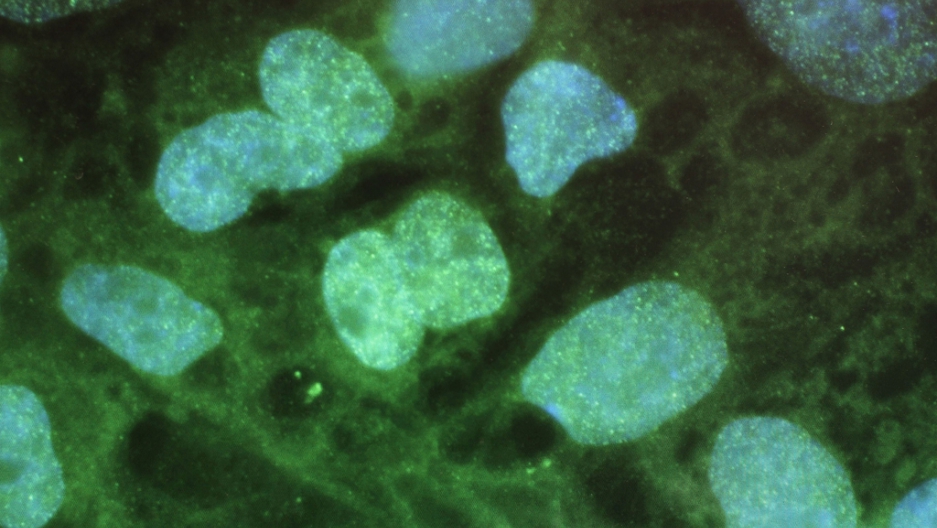 A small study showed that heart stem cells might be used to treat scars from heart attacks in patients. Stem cells are viewed on a computer screen at the University of Connecticut`s (UConn) Stem Cell Institute at the UConn Health Center on August 27, 2010 in Farmington, Connecticut. (Photo by Spencer Platt/Getty Images)
Credit: Spencer Platt
Share

The damage caused by a heart attack was healed by using stem cells gathered from the patient’s own heart in a small trial written up in The Lancet journal, according to the BBC.

The preliminary study was carried out at the Cedars-Sinai Heart Institute in Los Angeles and Johns Hopkins University in Baltimore, and involved 25 patients who had suffered heart attacks recently, reported The Los Angeles Times.

Seventeen of the subjects in the study were given infusions of stem cells “cultured from a raisin-sized chunk of their own heart tissue,” while the other eight were given standard care, reported The LA Times.

The size of the scars on heart tissue damaged by a heart attack decreased in size from 24 percent of the heart to 12 percent of the heart, said Dr. Eduardo Márban, the lead researcher in the study. He wrote to The LA Times in an email that the most surprising aspect of the findings was the fact that the heart could regrow healthy tissue.

The study used a procedure invented by Márban to isolate heart stem cells from healthy tissue from each patient’s heart, and then grow millions of new cells in a petri dish, according to CNN. The patients who received the stem cell treatment either had 12 million or 25 million such cells injected back into their hearts.

Deepak Shrivastava, the director of the Gladstone Institute of Cariovascular Disease based in San Francisco, told Bloomberg, “There’s a dire need for new therapies for people with heart failure, it’s still the No. 1 cause of death in men and women.”

Márban told CNN, “If we can regenerate the whole heart, then the patient would be completely normal. We haven’t fulfilled that yet, but we’ve gotten rid of half the injury, and that’s a good start."