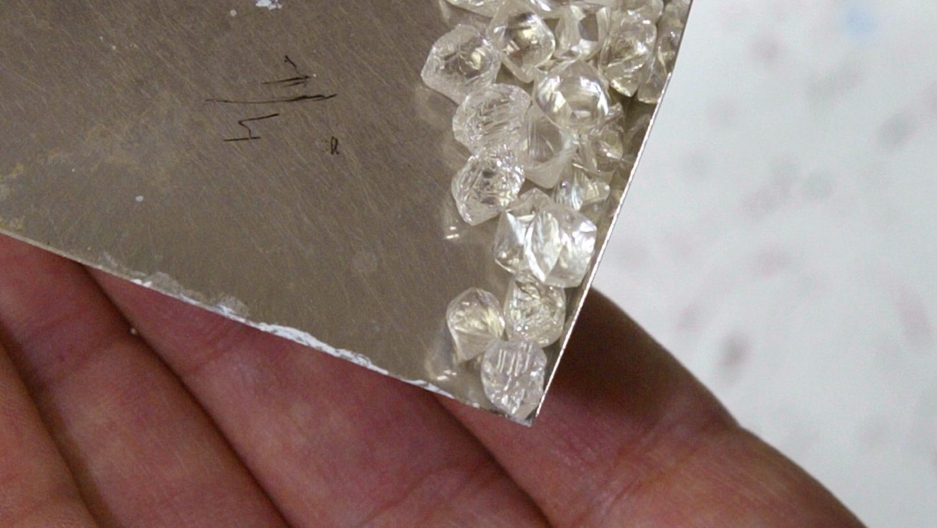 De Beers' sales rose by more than a fifth to $6.5 billion in 2011, with pretax profit rising 48 percent to $1.27 billion thanks to a combination of lower than usual production levels and “exceptional customer demand growth.”
Credit: David Silverman
Share

De Beers, the world’s biggest diamond producer, has reported a 27 percent rise in sales last year, with increased demand for the gems in the US, China and India helping its trading division achieve its second-highest ever sales.

However, the group warned that the current year will be mired in uncertainty which will likely undermine the chances of a repeat of the consumption and price growth seen in the first months of 2011.

De Beers supplies about a third of the world’s rough diamonds from mines in South Africa, Botswana, Namibia and Canada.

Its sales rose by more than a fifth to $6.5 billion in 2011, The Guardian reported, with pretax profit rising 48 percent to $1.27 billion thanks to a combination of lower than usual production levels and “exceptional customer demand growth.”

The group’s largest shareholder, Anglo American, which already owns 45 percent of De Beers, signed a deal in November to boost its stake to 85 percent, which will leave the government of Bostwana as the only other name on the share register when the deal closes later this year.

Rising demand in Asia’s emerging markets, where economic growth is outpacing the global average, has benefited the group, Bloomberg reports, with rough-diamond prices probably rising an average 15 percent in 2011.

De Beers said it anticipates continued growing demand for diamonds in 2012 thanks to US and Chinese buyers, though at a lower pace than last year.

“I don’t believe we will have a major crack, but there will be a lot of uncertainty,” said chief executive Philippe Mellier, noting that China remains the group’s priority retail market to compensate for the “challenging macroeconomic environment” in other parts of the world, The Wall Street Journal reported.

More from GlobalPost: Bahraini diamonds not a girl's best friend?