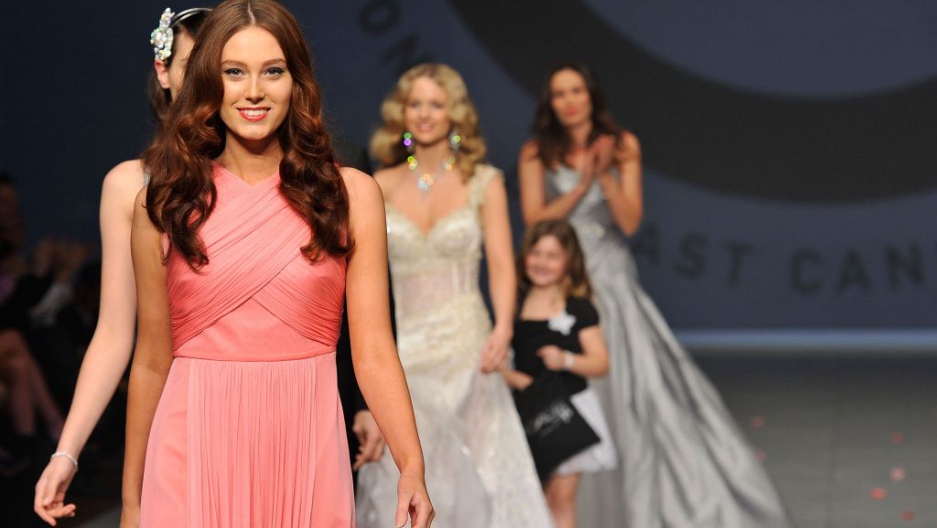 Models on the catwalk during the "Runway for Research — Fashion Targets Breast Cancer" show. The scene was part of the 2011 "Mercedes-Benz Fashion Festival Sydney" on August 27, 2011, in Sydney, Australia.
Credit: Stefan Gosatti
Share

Ziff told Reuters that models are also sometimes paid in clothes instead of money. And legal expert Susan Scafidi told the BBC that the industry also needs a new backstage privacy policy "so that models who are changing don't end up with their half-naked photos on the internet."

The BBC noted that models are independent contractors and therefore unable to form a trade union under United States law. Fashion designers, on the other hand, are represented by trade group the Council of Fashion Designers of America, whose president is designer Diane von Furstenberg. The Council praised the Model Alliance in a statement to Reuters.

According to the New York Times, the Bureau of Labor Statistics says that the average model in the US earned about $13 an hour in 2008.

In December, clothing company H&M came under fire for superimposing real models' heads on digitally-created bodies in ads. The Times noted that use of "virtual models" means that companies can get away with paying real models even less money.

"There's nothing funny about a work force that is overwhelmingly young, female and impoverished, working for some of fashion's wealthiest, most powerful brands," Model Alliance board of director Jenna Sauers told Reuters.